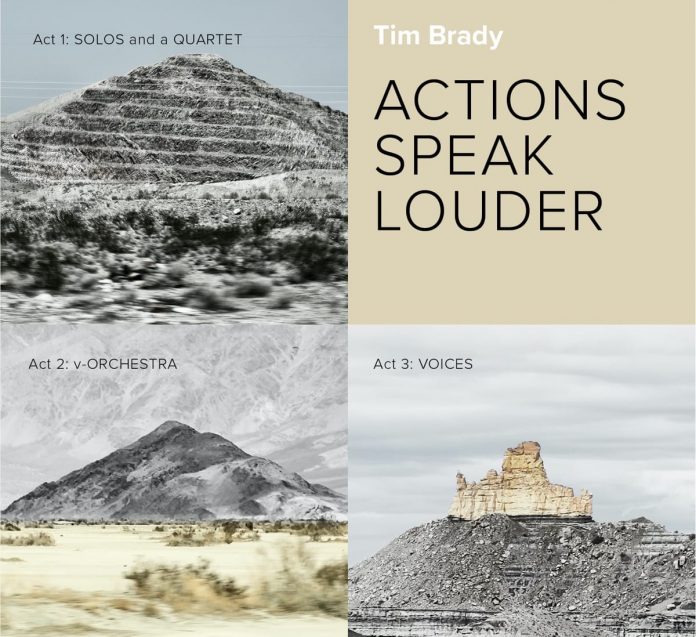 Canadian composer and guitarist Tim Brady was born in Montréal in 1956. He studied composition there and at New England Conservatory, Boston, and guitar with Mick Goodrick. After Brady returned to Montreal in 1987 he established his chamber ensemble, Bradyworks, and began performing as a solo guitarist in electro-acoustic settings. He is a stylistic polymath, whose styles include the free atonality of Chamber Concerto (1985) and the minimalism of The Songline (1989–91).

Actions Speak Louder is an ambitious three-CD set encompassing remastered older recordings, and more recent compositions. The first disc is the most impressive, I reckon, and will be of most interest to our readers. It focuses on Brady’s work as a solo electric guitarist, which is essential to his practice as a composer; the recording studio is an instrument and workspace.

Simon Adams - 23 April 2020
In an early bid for immortality, master improvisers Previte, Saft and Cline have stuck their necks out and attempted to produce the music that will define the early years...