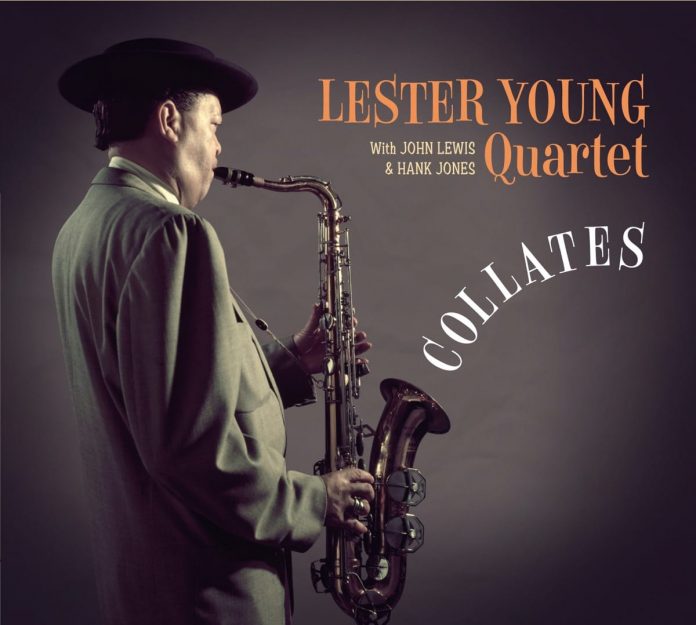 The 25 tracks on this generous compilation give the lie to the claim that after his release from the US army in 1945, Lester was a broken reed (pun intended) who steadily deteriorated (physically and musically) until his death in 1959. Admittedly some of his latter day recordings for Norman Granz’s Clef and Verve labels are distressing to hear, as is his final recording Le Dernier Message De Lester Young made in Paris on 4 March 1959. It should never have been released.

The same certainly cannot be said about these studio sessions made between 1949 and 1951. Accompanied alternatively by John Lewis or Hank Jones and (generally) well-chosen rhythm sections, Lester showed no obvious signs of decline in terms of creativity. His tone, if not as “light” as in his halcyon Basie days, was still distinctive and compelling. He was also receiving large wages and royalties which enabled him to buy a substantial house in the Queens borough of New York City.

Every one of these titles – alternative takes included – justified Granz’s enthusiasm, but some, understandably, are better than others. On those with Buddy Rich, Pres is heard against heavy-handed and obtrusive drumming (but with compensating lightness of touch from Hank Jones). Graham Colombé noted in his excellent 1974 essay Time And The Tenor: Lester Young In The Fifties, that “on Up ‘n’ Adam, it’s obvious that Rich’s heavy, inflexible drumming doesn’t suit Young at all, although he manages to produce some soaring, floating phrases that glide above the heavy ground rhythm”.

The sessions with John Lewis (as with later recordings with Nat King Cole and Oscar Peterson) are of superior quality, especially those with Ramey and Lester’s old friend Jo Jones. Try Undercover Girl Blues, which Dave Gelly has justly characterised as “so beautiful and accomplished that one scarcely knows where to begin. The tone is clear, delicate and infinitely flexible. The slurs, shadings and tonal shifts emerge not as applied effects but as organic components on an immensely subtle improvised line”. A sprightly September In The Rain, with Lewis, Jones and Ramey, strikes a perfect balance between a totally assured Pres and his supportive rhythm section.

These were not Lester’s finest recordings, but with the empathetic and uplifting company of two highly accomplished pianists, they are still immensely rewarding. Interviewed in Downbeat in 1956, Lester said: “A musician should know the lyrics of the songs he plays, too. That’s why I like records by singers when I’m listening at home. I pick up the words right from there.” The alternative takes of Thou Swell, Too Marvellous For Words, and every other “standard” on this collation prove his point.

Barry Witherden - 11 August 2019
Charnett Moffett has never languished in the shadow of his father, Charles, the drummer with the superb Ornette Coleman Trio of the mid-60s, nor has he ever needed to...

Diaspora Meets Afro Horn: Jazz – A Music Of The Spirit,...