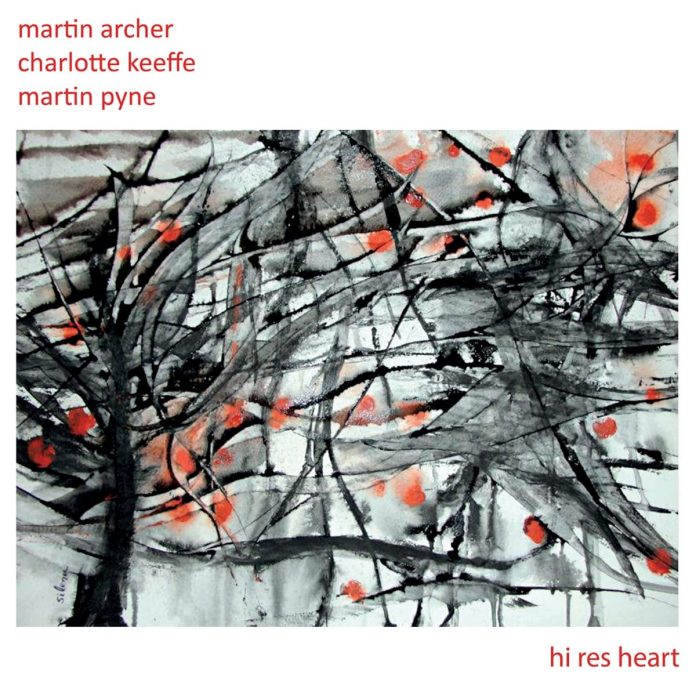 In the press release for this one Martin Archer makes it known that he regards the music as a kind of approximation of the AACM school of Chicago. There is something in this in the sense of how the musicians seem unusually attuned to the virtues of silence and space, but there any similarity ends, not least because the combination of tensile fragility and weight of history that’s a mark of that school is not easily replicated.

Besides which, the manner in which this music was put together, while of necessity a denial of the spontaneous processes that emerge out of musicians interacting in the same space at the same time, is still marked by a measure of uncontrived spontaneity.

Thus the work of all three musicians on Silena’s Fire leavens the presence of overdubbing and other processes likely to offend the purists; this is nothing but a good thing because the stimulation of the overall result far outscores such concerns.

If I was the sort of jazz hack who relies on such turns of phrase I might define Keefe’s contribution to Jean as being representative of her channelling her inner Lester Bowie, but I’m not, so I won’t. Instead I’ll offer a description that cites some of Wadada Leo Smith’s work, combined perhaps with Hugh Hopper’s experiments with tape loops. As it turns out proceedings have such character that name-checking merely throws a spotlight on approximate and unhelpful comparisons.

The spatial awareness I referred to in the opening paragraph is evident on Dolly Grip, where the process of how the music was put together is subverted by the impression of the three musicians together in the same room at the same time, working out between themselves, and in the moment, how to accommodate and come to terms with the silence.

Derek Ansell - 09 September 2021
This session from 1958 brought together two popular musicians who blend so well you wonder why they didn’t link up more frequently. It was, though, a set to present...