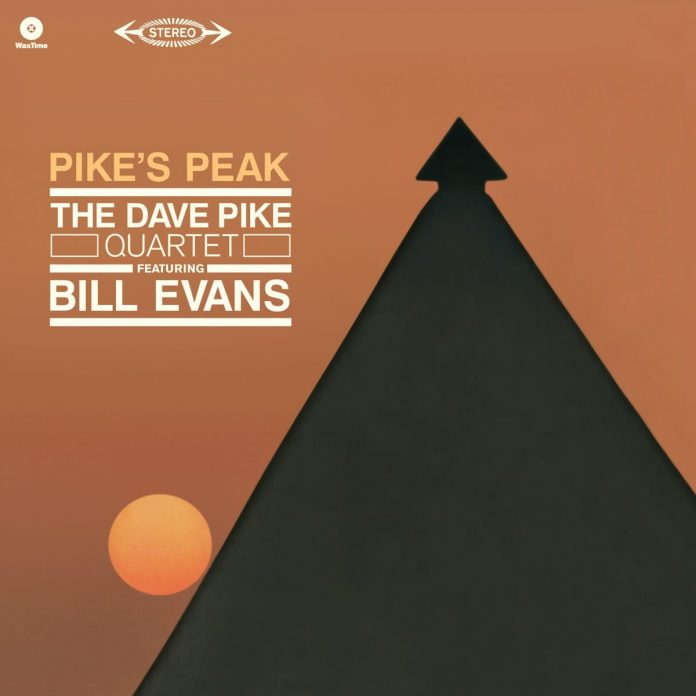 Pike recorded this album, his second date as a leader for Epic, a subsidiary of Columbia records, in 1962. A little earlier he had recorded his first leader LP for Riverside, It’s Time For Dave Pike. Both featured sturdy line-ups, with Bill Evans being a particularly strong sideman on piano on this one. Evans had lost his close friend and bass player Scott LaFaro a few months earlier and was in a state of trauma much of the time, not doing much trio work but occasionally performing as a sideman for other musicians. This set and his duo disc for United Artists with guitarist Jim Hall are notable examples.

This is a particularly laidback set, kicking off with Pike’s own composition Why Not. It’s a relaxed performance all round, the vibes man creating fluid lines and swinging lightly, helped along by his bass player and drummer and a smooth backing from Evans. Although the pianist is not quite his usual rhapsodic self, he swings gently and provides telling comping.

Vierd Blues brings out the best of Pike’s percussive, driving style and on Sentimental Mood and Wild Is The Wind he shows how well he could embellish a ballad. The Latin flavour of Bésame Mucho is developed nicely by all concerned with Pike proving he was very much at home with this type of music. Evans, here and on several of these tracks, plays with vigour, always swinging but not displaying so much of the chiming melodic gift heard on other releases. Both Evans and Pike evidence melodic interpretation allied to a percussive approach. It’s a thoughtful, gentle set without fireworks but offers fresh takes on the material.

Wax Time have added two bonus tracks that feature Evans playing sideman again with vibes man Eddie Costa. These are from a more forthright, pulsing session with the pianist introducing I’ve Never Been In Love Before at slow tempo and both he and Costa picking it up halfway through and wailing sturdily. Both these takes are hard-driving standards and show the difference in style between the two vibes players.

Kelley Suttenfield: When We Were Young

Bruce Crowther - 06 December 2019
A highly talented jazz singer, for her third album Kelley Suttenfield has chosen to pay tribute to singer-guitarist-composer Neil Young, a major figure in rock from the mid-1960s through...