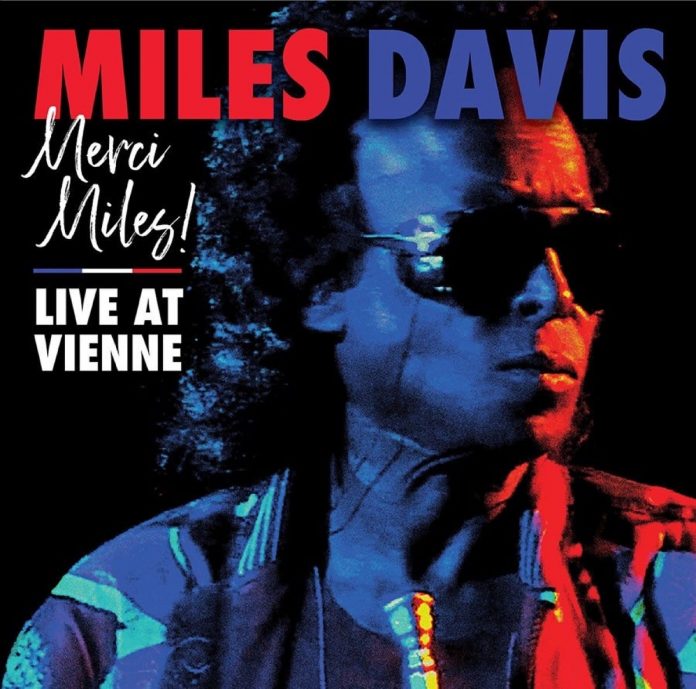 Miles headlined on the first night of the Vienne Jazz Festival in France on 1 July 1991. Three months later, 28 September, he entered hospital in the United States, suffered a stroke and went into a coma from which he never recovered. Listening to this previously unreleased concert, you wouldn’t know he was in frail health.

Miles’s sound is strong, his attack confident and assured. The band was a skilled, inventive jazz-fusion group headed by keyboardist Deron Johnson and driven hard by drummer Ricky Wellman. All eight tracks on this double vinyl release feature Miles playing open and muted trumpet, but more often than not we hear little jagged fragments or insistent melodies, tightly muted.

The standout track is Time After Time, where the trumpeter plays for almost of the piece’s near 10 minutes. He is harmon-muted to begin, then switches back and forth between open trumpet and mute. His melodies are warm and lyrical – soft at times, forceful at others – and with that tense, uptight feeling that always came across in his playing.

Miles was Miles and he never really changed through the decades as far as his solo playing went. What is fresh and contemporary about this music is the band and the arrangements. As one of the sidemen says in the sleeve notes, Miles was always in charge, governing the way a tune evolved, how high they climaxed or how far they dropped – “going forward, going forward, going forward”, as bassist Patterson put it.

It was, for Miles, all about new music going forward. The trumpet is familiar but the forceful sound of Wellman’s drums, the keyboard stylings, the insistent bass and the overall impression is of fiercely contemporary music. In the last decade Miles had come up with something new once again without really doing anything much that is different himself. The music too, was fairly new, derived from Prince, Marcus Miller and Cyndi Lauper and others.

Miles was invited to play a tune with his old friend singer Shirley Horn whom he had helped to introduce to jazz audiences. He refused, saying that he couldn’t return to the past. However, later on in this European tour he played the music of Gil Evans in Montreux. But that was Miles Davis – contradictory and unpredictable right to the end.

Steve Voce - 21 February 2020
“Yma Sumac has a rival in cute Rita Moss”, giggled Jet Magazine in 1952. “She is due for a bigtime treatment”. Although Miss Moss seemed to have lived to...