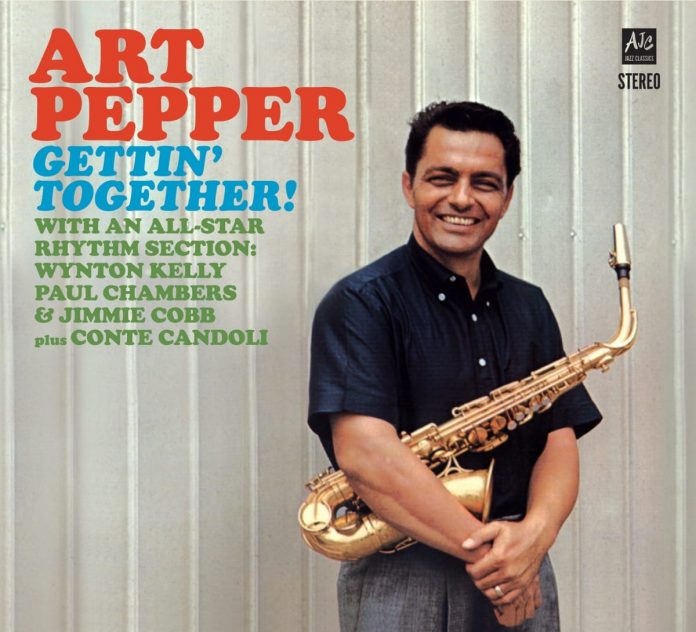 In Art Pepper’s own words, this album “was even better” than the 1957 recording Art Pepper Meets The Rhythm Section – the Pepper album that finds its way into pretty much every appreciation of the alto saxophonist.

Listening to this digitally remastered reissue, it’s hard to disagree. Once again, Pepper found himself working with members of Miles Davis’s outstanding rhythm section of the time, and once again, the Davis group was in Los Angeles for a short time and there was just the one recording session.

Reading the original liner notes from the 1960 release by Martin Williams, it’s interesting to see the author pick up on Pepper’s ability to combine technical mastery of the saxophone with an intensely emotional engagement with the music that only deepened over the years.

Pepper was also a fine composer, furnishing Gettin’ Together with three originals that characterise his love of fusing personal connections with his often fiendishly hard-to-play material. This release also includes a complete quintet session from 1956 with different personnel.

The music on Gettin’ Together is sublime, but it’s sobering to think that shortly after this 1960 session, Pepper was destined for San Quentin and several years of obscurity.

Jazz Journal - 31 January 2021
Although the received wisdom has it that Don Grolnick is an un­principled exponent of the funky fusions, he demonstrates on this record an 'integrity' which ought to warm the...