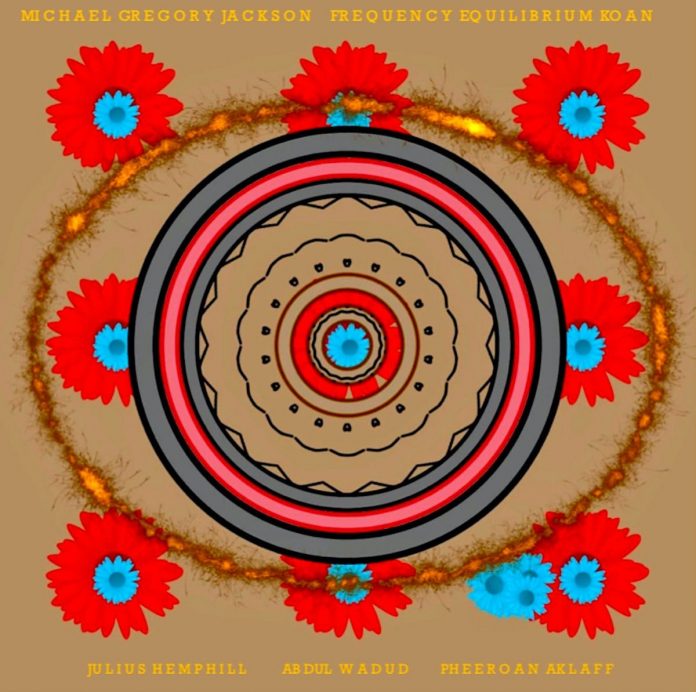 Guitarist Michael Gregory Jackson has a highly regarded reputation amongst guitarists, though mainly from the freer end of the spectrum. Starting out in New York’s loft scene of the 1970s, he made himself known through his collaborations with Oliver Lake, amongst others.

The guitarist recorded this live session at Joe Lee Wilson’s venue, The Ladies Fort, in the Lower Manhattan NoHo district, in 1977, on his own cassette player, but despite this, the sound is remarkably good. The drums disappear now and then, and the sound drifts occasionally, although whether this is deliberate or not isn’t clear. With Jackson are some fellow loft musicians of that era and the emphasis is on collective improvisation, experimenting and sharing ideas in the moment.

The title track is a fragmented, spontaneous piece in which cellist Abdul Wadud takes his instrument to the extremes, sounding like a violin at times, soaring in the upper register, then plumbing the depths. The others respond but generally the music doesn’t really seem to gel, almost as if they are feeling their way in – assuming the track listing is chronological. The more rhythmic and melodic Heart & Center has a firm pulse maintained by Wadud, drummer Pheeroan aKLaff and Jackson using his bass strings, often percussively plucked, before moving into strummed chords, whilst saxophonist Julius Hemphill weaves around it, taking it into areas that could be described as free funk, prevalent at that time.

The freer nature is picked up again on Clarity, Jackson in particular opening up more. The result is high-speed interaction, occasionally taking the foot off the pedal, if only to readjust and press on regardless. Sometimes it seems like there are musical conversations operating independently, each member engulfed and absorbed into the whole, but it sounds too often unrelated to what else is happening. However, there is a sense of urgency, agitational and provocative.

Hemphill drops out on A Meditation, an altogether more contemplative track on which Jackson plays wood flute, as the proceedings end on a contrastingly peaceful note.