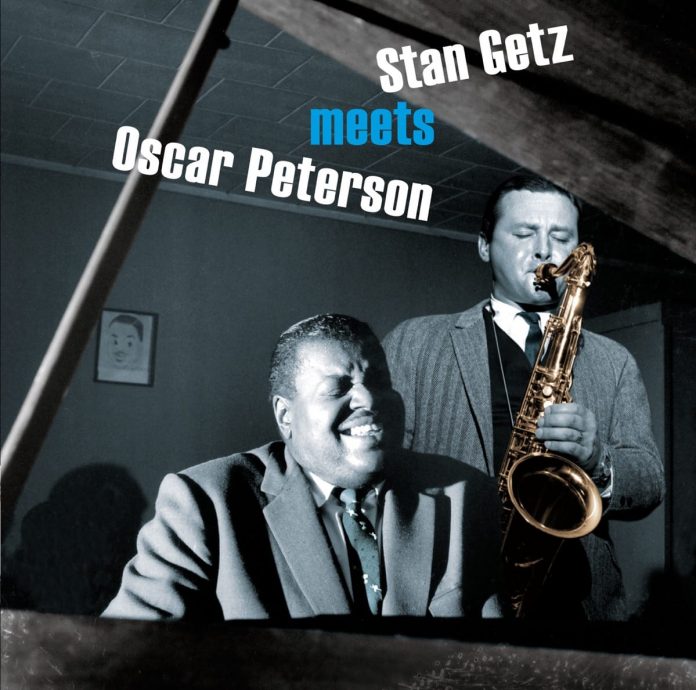 When the seemingly prematurely mature Oscar Peterson was first sprung on us in 1950 (he had actually been a celebrity for five years at that point) we were all stricken with awe. There had never been everyday piano like this (Tatum was untouchable in his bubble). The Peterson era was on us! It was great. The augmented Peterson Trio was a swing machine and became the root of the Granz operation.

It’s telling that the session occurred a few weeks after Stan completed his last albums with Lou Levy, a pianist far more suited to Stan than Oscar was. Norman was determined to set all his artists in the Peterson panorama, and Stan’s turn came around.

As heard here the results were surprising for, rather than letting the machine grind him down, Stanley rode it like the instinctive pilot that he was. His performance had none of the delicacy of the ones with Levy, but in adjusting his approach we heard more of the stomping Getz, living up to the favourite adjective applied to him by critics at the time – ebullient.

Oddly, all that appeared in England before this issue was a 45 rpm EP from the session. Had it been issued in toto all those years ago it would have been a big success. Stan does indeed stomp – I Want To Be Happy, Blues For Herky – and is at his best balladeering on Polka Dots And Moonbeams and Bewitched. Two beautiful songs, I’m Glad There Is You and I Was Doing Alright, might have been written for him. The tracks with Edison and Bellson are neatly organised. For me Stan dominates, but Peterson’s not bad, either.