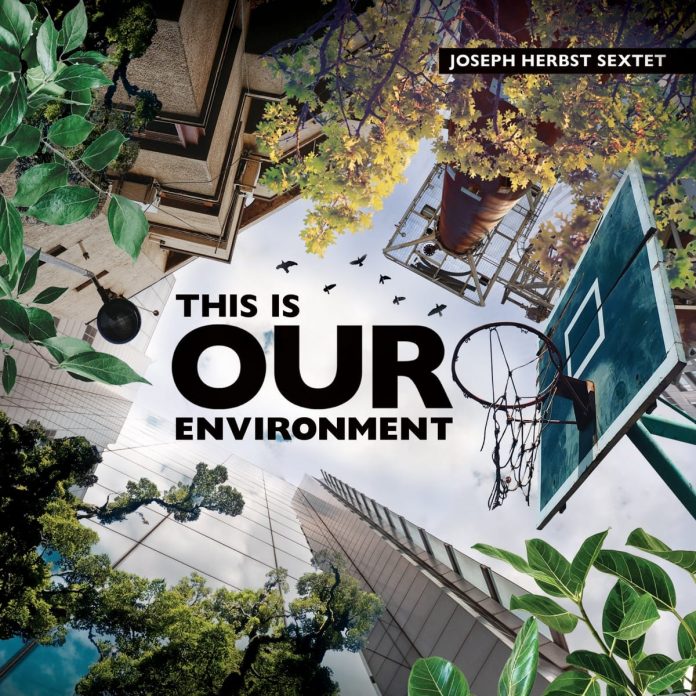 Not just an album, but a story; not just a story, but a call for action, Joseph Herbst’s album is a hybrid between a jazz album, a programmatic piece, and a movement for change. When talking about the environment, he isn’t just talking about the natural environment, but about “all aspects of daily life – where we live, work, and play” which affects every person listening.

From the first track you are immediately drawn into the story of what cannot just be background music. It draws you in and spits you out at the end when you’ve thought a lot more about what needs to change on the earth.

Part of the draw of his music is the programmatic nature of this album, using a narrative for structure. Its incorporated spoken word is written and performed by four different poets preaching that “we have to do better” and asking “have we lost our way?” Herbst gave them the prompt “What does the environment mean to you?” and composed the accompanying music afterwards, making it a true collaboration between artistic mediums. Like a film, this album is composed to the narrative of the environment, challenging our previously held views.

It was the variety that kept me intrigued from beginning to end. Each track leaves a different impression on you – the first track, They Say There Are Beautiful Trees, was inspired by Arlie Russell Hochschild’s book Strangers In Their Own Land and a larger quote from the book ending with “And they say there are beautiful trees in Heaven.” The track does have some kind of heavenly quality, perhaps provided by the gentle vocalisation and melodic contour. Contrastingly, Simple Life, the 13th track, is dominated by spoken word with a simple piano backing which builds up – a discussion about the never-ending desires of humans.

The album ends with Vision Of Freedom, a positive look into the future, a glimpse of what the world could be. The album artwork by Molly Jane Design also deserves a mention. It’s eye-catching and artistic, the cherry on top of a beautiful work.