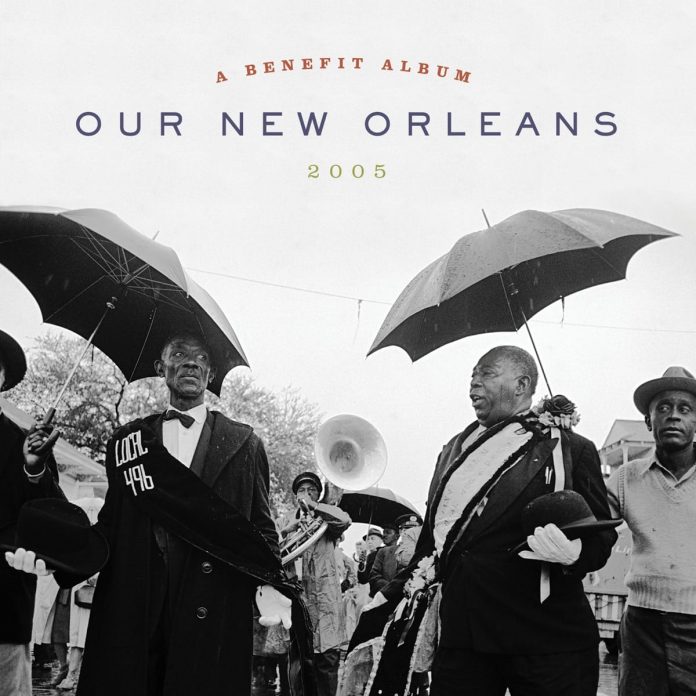 This inspired compilation from 2005 – a benefit fundraiser for the victims of the Hurricane Katrina landfall in New Orleans in 2005 – was mostly recorded within a month of the disaster by some of the Crescent City’s greatest musicians, all with the tragic events still fresh in their minds.

It’s here reissued with extra material but it’s sad to report that, 15 years on, we’ve now lost many of the great artists that were assembled for this project. Dr. John, singer Eddie Bo, trumpeter and bandleader John Brunious, accordionist Stanley “Buckwheat” Durel Jr., composer Warren Quezergue, producers Hal Willner and Joel Dorn and Allen Toussaint have all since passed, casting, somewhat, a shadow over the re-release of this fine set.

Thankfully, strong contributions from all involved, plus the addition of five previously unreleased cuts, reflect plenty of positivity. The album features songs that move not just musically, but also emotionally, in that they tug at the sensitivity of the subject, even if often unintentionally. Written in 1970 for a Lee Dorsey long player, Toussaint’s vibey Yes We Can, for example, here plays like a modern day “let’s rebuild” communal work-song with Toussaint rapping lines about “men ironing out their quarrels and being there for one another” over a funky groove powered by sweet female gospel harmonies.

Tracks like Dr. John’s World I Never Made, Carol Fran’s Tou’ Les Jours C’est Pas La Meme and the squeeze-box-heavy roll of Buckwheat Zydeco’s stunning Cryin’ In The Streets are pure blues, while Dr. Michael Whitep’s Canal Street Blues, Eddie Bo’s When The Saints Go Marching In and Davell Crawford’s Gather By The River fan out into Dixie swing, boogie-woogie and gospel respectively.

Elsewhere, taking in familiar horn stabs from James Brown’s Cold Sweat and Jaco’s The Chicken, the Dirty Dozen Brass Band’s My Feet Can’t Fail Me doesn’t fail to ignite a party mood. The brilliant Wild Magnolias also use their spot here to unleash their unique brand of mardi-gras funk too, with the jumping Brother John Is Gone.

Another highlight is the emotive re-recording of Louisiana 1927 from Randy Newman. Laden with strings from the New York Philharmonic, the song was originally recorded by Newman in 1974 and, lyrically, stands out as the most poignant track in this set. In all, with it’s potent clashing of style and musical backdrops, Our New Orleans is a meeting of modern and trad ideals. In the opening paragraph of the record’s extensive liner notes is talk of the city’s crumbling of culture, and uncertainty. But what’s certainly evident here is music that’s still very much alive thanks to a legacy that is still vital. If you are new to New Orleans and curious about the huge musical history and of this unique city, this collection is a great place to start.