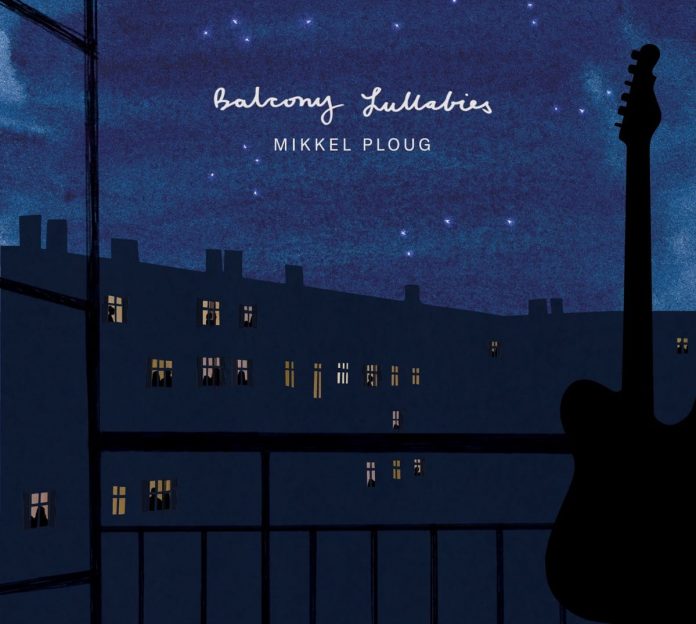 I don’t know about you but where I live, last spring’s weekly evening communal “thank you” to the NHS was mostly a matter of enthusiastic clapping, pots and pans and the odd hand drum or staccato trumpet flurry. For some of the good people of Copenhagen, for some of the time, things were a little different.

At 8.15 every May evening, for three weeks, Danish guitarist Mikkel Ploug set up his amplifier on his small balcony and played a sequence of lullabies and songs to whoever might be out there listening. His idea (which can be sampled on YouTube) went down extremely well, leading Ploug to the recording studio. Well packaged, with all titles given in English as well as Danish and informative sleeve-notes from John Thomas, Field Editor of Fretboard Journal, as well as Ploug himself, Balcony Lullabies is simply (but subtly and deeply) enchanting.

A musician of wide experience, Ploug counts in his CV work with the Danish Radio Big Band and American saxophonist Mark Turner as well as Danish classical cellist Jakob Kullberg and the German-American choreographer and dancer Tilman O’Donnell. Such a breadth of activity would seem to inform the range of both material and arrangements. The programme embraces long-classic standards, troubadour songs, Carl Nielsen’s Solen Er Så Red, Mor / The Sun Is So Red, Mother And Jeg Ved En Laerkerede / I Know Of A Lark’s Nest, as well as John Lennon’s Julia and a piece (Under Stjernerne På Himlen / Under The Stars In The Sky) that placed 22nd out of 25 in the Eurovision Song Contest of 1993 (!).

Eschewing any Bill Frisell-like deconstruction, Ploug’s diverse melding of linear and chordal nuance affords his chosen lyrical melodies deep respect, even as his lambent processed sound and discreet use of digital delay and loops see a refined and exploratory sensibility render the familiar freshly stimulating. The six-minute, gently rolling and building take on Charles Mitchell’s You Are My Sunshine offers the sort of magic that is up there with the very different and long-revered version on George Russell’s 1962 The Outer View featuring, a.o., Don Ellis (t), Steve Swallow (b), Sheila Jordan (v) and Pete LaRoca (d).

I could pick out further personal favourites, such as Stille Hjerte, Sol Går Ned / Quiet Heart, Sun Goes Down (played on acoustic guitar), Over The Rainbow, Hilsen Til Forårssolen / Spring Greetings To The Sun and Under The Stars. But that would be to underplay the completely integrated quality of this most soulful and intelligent recital, which rewards attention from first note to last. Don’t miss it.