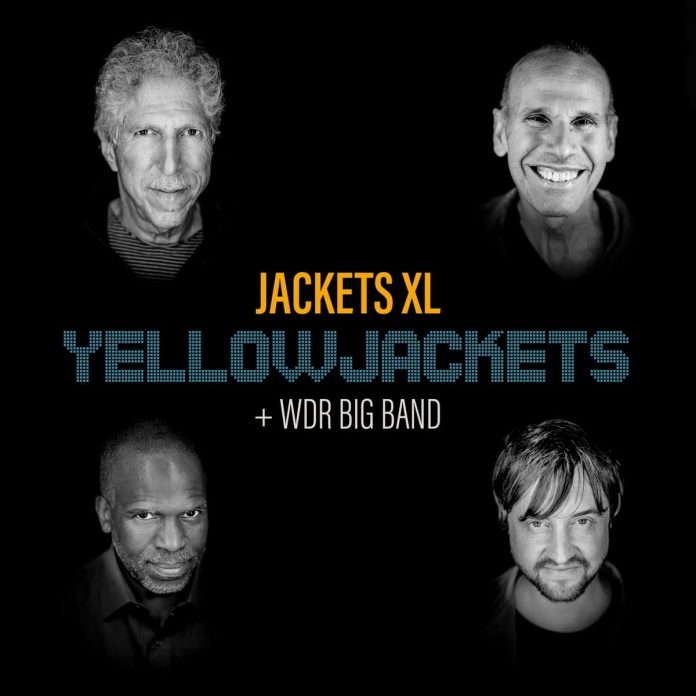 Jackets XL will not come as a surprise to close followers of the Yellowjackets. Frontline member and woodwind specialist Bob Mintzer’s affiliation with the group started back in 1990 and hasn’t shown any signs of stopping 30 years on. In 2016, he became chief conductor of the WDR Big Band based in Cologne, Germany. Therefore, many of us have been waiting patiently for this wonderful project to unfold. The Yellowjackets have always strived to extend themselves, and this set is no exception.

Mintzer said: “The Yellowjackets are very adept at reinventing. The four of us are the most adaptable musicians I’ve ever worked with. Any setting, any style, we know we can do it. As for the WDR, they’re one of the best large jazz ensembles in the world. I knew the two groups would make for a nice marriage.”

The opener, Downtown, is an upbeat number with a jagged melody reminiscent of the Weather Report style of writing. Dewey, a tribute to Miles Davis with an arrangement using rhythms associated with hip-hop, is an opportunity for Mintzer to demonstrate his skills on the EWI.

Alongside other earlier works, including Even Song and Coherence, there are new compositions by Ferrante. One example is One Day which didn’t quite make the cut on their 2018 studio album Raising Our Voice.

Describing the difference between quartet and big-band performance, Ferrante said: “As a band you can change parts and make things different. But with the big band, you have tight arrangements. There’s no freelancing. Even when you’re playing the notes that you know so well, the big band arrangements mean that you have to read the music and be really focused. Otherwise, things can stick out.”

This isn’t perhaps for those who enjoy the space given to the music by the quartet setting. But it offers a whole lot more and we should cherish such a special collaboration. Just as one might have predicted, it’s a release with energy, style and creativity.

Michael Tucker - 03 February 2021
Oh boy … just how good can it get? Here are 40-plus minutes of pure joy, taken from a crystal-clear, chamber music-like Danish club performance of 2016. The press...