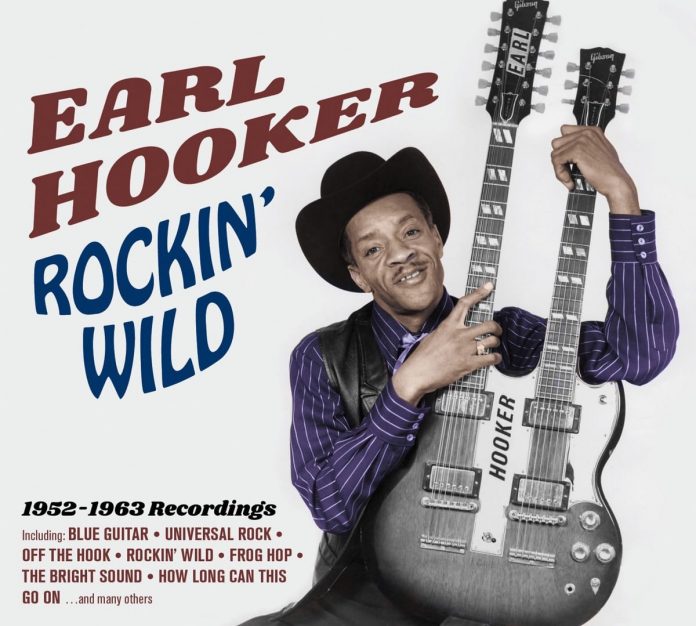 Probably the two facts about Earl Hooker people generally call to mind is he was John Lee’s cousin and he died at the age of 41, having suffered from TB for a good percentage of his life. But what should also be remembered is his mastery of the slide guitar technique and B. B. King’s comment “Earl Hooker is the best of the modern guitarists – he was just one of a kind”.

In the early 1940s Hooker’s exposure to T-Bone Walker and the tutelage of Robert Nighthawk help him construct his own playing style. This period also found him becoming friendly with Junior Wells, the pair working the streets rather than attending school.

Wells can be heard taking lead vocal on a few of these sides because the one thing Hooker rarely did was sing except in a secondary role. It was a negative aspect of his performances which many felt denied him wider recognition, although we do have the rarity of his voice out front on Win The Dance. It also led to the problem of records being issued under the vocalist’s name when the session was ostensibly Hooker’s.

There is variety to be had on this compilation, for some of the tracks could arguably be considered borderline rock ’n’ roll with the odd novelty such as Apache War Dance thrown in for good measure. The authentic R&B material is very good, not to say totally infectious: such songs as I Stay Mad (vocal from A. C. Reed) and Want You To Rock Me with Jackie Brenston are real toe tappers.

The instrumentals, such as Blue Guitar, Rockin’ Wild and Off The Hook, are not mere showcases for the guitarist but do give the listener a chance to understand why he became such a respected member of the blues community.

Thomas Fletcher - 12 September 2020
Canadian vocalist Kari van der Kloot presents a new release which channels closely inspirations from both jazz and folk music. These compositions from Kari seem to remind us of...