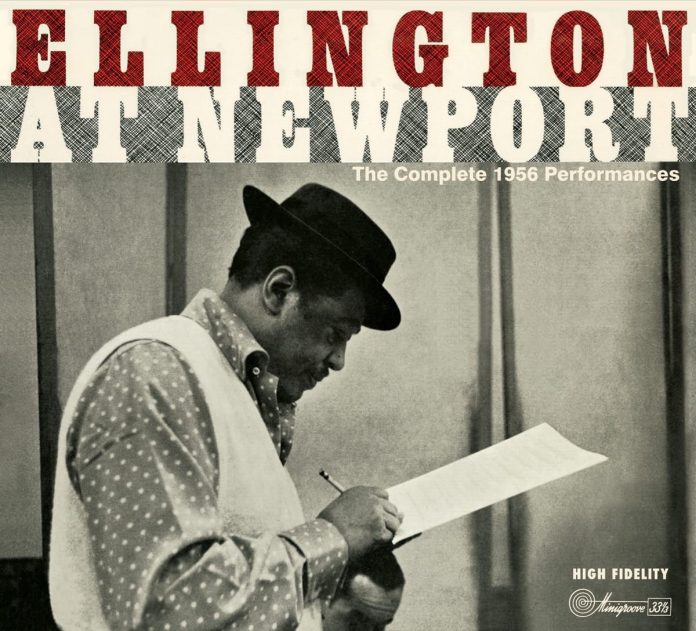 As almost everyone agrees, Ellington’s appearance at the 1956 Newport Jazz Festival reignited his faltering career, thanks largely, if questionably, to the marathon 27-chorus tenor solo by Paul Gonsalves on an old Ducal warhorse, Diminuendo In Blue And Crescendo In Blue. First issued on vinyl in 1956, Ellington At Newport, with sleeve notes by producer George Avakian, quickly became a jazz best seller – despite poor sound, fake announcements and obvious splicing.

Fast forward to 1999 when Columbia issued the “complete” Newport proceedings with previously unissued tracks, genuine announcements and studio recordings of the same “live” performances made two days after the concert. Thanks to his exhaustive researches, including the discovery of Voice of America tapes, and then superlative remastering (explained in mind-numbing detail) by producer Phil Schaap, we could now compare and contrast the band’s performances – and hear Gonsalves’ solo in reconstituted stereophonic sound. Schaap pointed out that the original LP contained 60% studio material, while only the remaining 40% was “genuine” – but it comprised “only 10% of the actual performance!” The Columbia reissue was hailed by Ellingtonians as on a par with (and more entertaining than) the Dead Sea Scrolls. But was there any need for another edition of this seminal event?

The producers of the usually immaculate American Jazz Classics label obviously thought so. We now have all the Columbia tracks, with the addition of three performances by a slightly different Ellington orchestra, recorded at New York’s Basin Street East in April 1956. So far, so good, but it’s disconcerting to be (mis) informed by Matias Rinar in the accompanying booklet that the climax of the proceedings was when “alto saxophonist [Paul Gonsalves] excelled in playing chorus after chorus [how many, exactly?] on Diminuendo And Crescendo In Blue”. Should we trust a man – who later (correctly) asserts that post-Newport, Paul would “be handed the job for any piece calling for an extended tenor saxophone solo”? Fortunately, George Avakian’s original (if now “dated”) liner notes supplement Rinar’s latterday musings.

Since no indication is given of the sources used by AJC, one assumes that they have reissued the Schaap remasterings. A task for scholars (or pedants) would be to compare the Columbia and AJC albums. My verdicts are that the highlight of the five-part Festival Suite is Blues To Be There (both live and studio versions), followed by Jeep’s Blues (ditto), and Diminuendo And Crescendo. Ellington, who had doubts about some of the other performances, was aware that it could not be replicated or improved upon in the studio. He was right. It remains Gonsalves’ acknowledged and influential masterpiece. Other stellar contributions include a mournful Black And Tan Fantasy, Hodges’ alternative versions of I Got It Bad, Ray Nance’s solo on Tulip Or Turnip, and a cracking studio version of March 19th Blues, with a sublime Hodges solo, backed by the daunting brass section and followed by Prelude To A Kiss. These remain in a Ducal phrase “beyond category”.

The three Basin Street “bonus” tracks, recorded before the NJF, are pleasant if not major items in the Ellington discography. Harry Carney’s solo on Sophisticated Lady, to be repeated on numerous subsequent occasions, is dramatically arresting, and Stompin’ At The Savoy receives an exhilarating workout. Like its Columbia predecessor, this is “priceless” (but luckily affordable) 1956 vintage Ellingtonia.