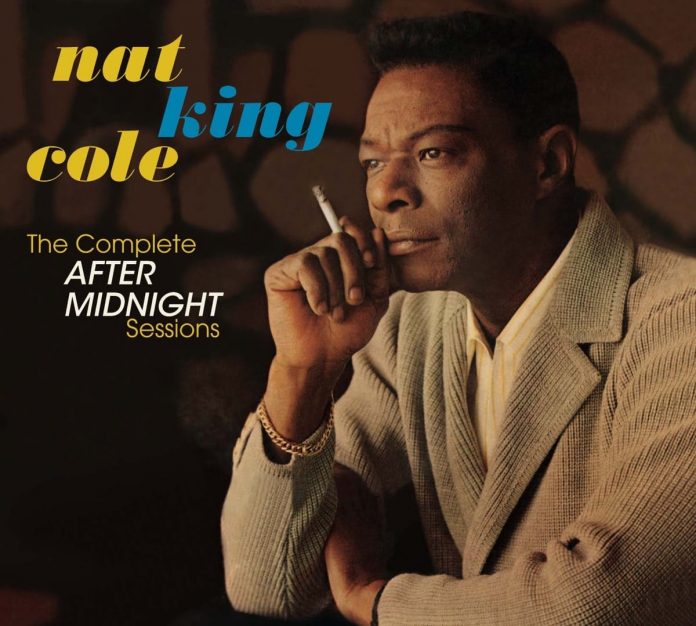 This material was recorded at a time when Nat King Cole’s releases were usually confined to the easy-listening section of most record stores. Performing staples from his repertoire with top-class guest soloists, as he does here, represented a welcome return to his jazz roots.

These classic songs may be over-familiar today but it’s still a delight to be reminded of his artistry. Surprisingly, Oscar Peterson is the only artist I have ever heard who could emulate Cole’s silky-smooth baritone with its warm, intimate delivery. Try his With Respect To Nat recorded a few months after Cole’s death in 1965 to see how close Peterson got to the master who was an acknowledged influence (Verve CD314 557 486-2). Scott Yanow gave that album a five-star rating in the All Music Guide To Jazz.

Harry Edison’s inimitable harmon was frequently heard on Nelson Riddle albums of the time. He had clichés but they were his own and nobody else’s. We don’t hear his glorious open sound here which he featured to such good effect on his quartet’s 1953 date at the Haig where he performed entirely without a mute (Fresh Sound FSRCD345).

Route 66 had previously been known as The National Old Trails Road, a name that would surely have defied composer Bobby Troup’s abilities to create an evocative lyric. “Get Your Kicks On The National Old Trails Road” – I don’t think so. Willie Smith was a consummate lead alto but he was also a most elegant soloist as he shows on the delightful but sadly neglected You’re Looking At Me. Juan Tizol insists on sticking to the melody whenever he is centre-stage rendering his contributions here rather pedestrian.

Gordon Jack - 02 October 2019
Honi Gordon, whose time in the jazz spotlight was all too brief, came from a musical family. In 1956, together with her father and two brothers, she performed on...