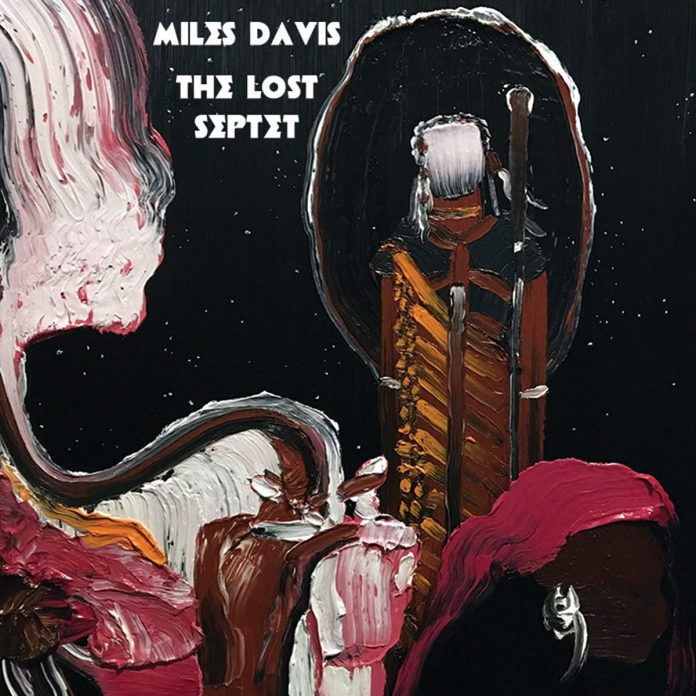 As Steve Voce concluded last year in his review of Miles Davis: The Lost Quintet – “lost” is hardly a convincing description when a band has been together some time and recordings are widely available. Whilst this seven-piece never recorded in the studio, the gig in Austria was one of 20 similar dates in Davis’s 1971 European tour. Recorded at the Weiner Konzerthaus, Vienna, 5 November 1971, this is said (by the record label at least) to be one of the best performances.

This tour has already been widely documented on bootlegs and if you want to put film to music check out the various videos online of Davis and this band playing the Oslo gig on 9 November 1971. Substantial elements of the tour appear to have been filmed for TV or radio broadcast in various European countries, which presumably has provided the material for this and earlier released sessions on the tour. This particular album is silent as to copyright and how the concert came to be recorded.

Davis was playing music on this tour from a variety of albums – In A Silent Way, Bitches Brew, Jack Johnston and the soon to be released Live Evil. The band certainly has more of a rock feel with traditional sidemen being replaced by musicians without a dedicated jazz background. Ndugu-Leon Chancler (replacing Jack DeJohnette on drums) had played with Michael Jackson and Santana, whilst Michael Henderson on bass was more accustomed to playing with Marvin Gaye and Stevie Wonder. It is also said that Henderson was Davis’s first bass player not to play acoustic bass. No doubt wary of Miles’s reputation for being moody and mercurial, Henderson asked him whether he should learn some of his older material. Davis is said to have replied (somewhat predictably I suppose) “If you learn that old shit – your fired.”

At this time, Davis was either courting or attracting the attention of several rock musicians – including Jimi Hendrix – and this clearly had its effect. The music is as intense as any rock band with Davis playing through a wah-wah pedal extensively to simulate the effect of an electric guitar. There was in fact no guitarist in the band and only Keith Jarrett on keyboard. Jarrett was said to be less than enamoured with the “rock” sound although he was clearly doing more than making up the numbers if the recording and the Oslo videos are to be believed. However, it was during this tour that Jarrett went into the studio to record his first solo piano album for ECM and maybe he had other priorities on his mind. 1971 was a good year for Davis – he was physically fit from his boxing regime and reportedly drug-free. This was a creative and playful Davis, in harmony with himself and with others. Harmony, however, is the polar opposite of the sound generated by Davis on this tour. This is extreme and anarchic jazz fusion played at top speed by musicians with no speed limiters.

Musically, I think this is an interesting album rather than a great one. I am confident that this concert was never recorded with a view to an album release or that copyright was ever actually in Davis’s control. Historically, however, I think the recording has some relevance in a music collection. This was an eclectic line-up of musicians – some household names in the world of jazz and others more accustomed to playing soul and R&B. But, more importantly, it was a significant creative phase in Davis’s career and a significant time in the fusion of jazz with rock. Of course, Davis was not the only artist crossing musical boundaries at this time; but he was one of the more famous and important protagonists. The 1970s were unique for the way disparate musical genres were interwoven and fused together. It hasn’t really happened the same way since; but maybe it never needed to as a number of musicians (Davis included) took it as far as they could before fusion turned into meltdown.

This will appeal to Davis’s many hard-core fans as well as those with an interest in 1970s fusion. I doubt it will hold much appeal to those without a strong interest in Davis or that particular period.

Gareth Thomas - 03 August 2020
A deep keyboard groove, a slow strutting drumbeat, and the sound of a police siren. “Thinking we’re there yet is foolish. The blood on the...