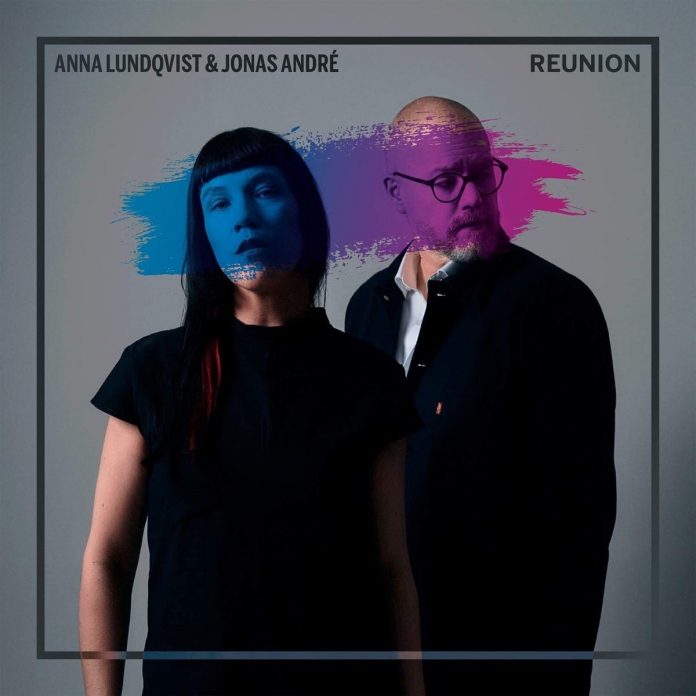 It’s been 20 years since Anna Lundqvist and Jonas André last found themselves making music together. Reunion was a chance for them to regain that musical partnership and create what they first thought they possessed.

Lundqvist originally led her own quintet and recently became a lecturer in music in Lisbon whilst André has since been a photographer, art director and worked with Caprice Records as a producer.

The opening piece sets the scene for the next 10 compositions – we instantly understand the atmosphere being created by these two talents. The second track, written by pianist André, demonstrates his ability to naturally switch between comfortably accompanying Lundqvist and developing his own creative melodies. His performance features an extensive wash of pedal on the piano and a variety in dynamics.

Then comes a piece by Kenny Wheeler titled For Jan, heavily influenced by My Favourite Things. Lundqvist’s intonation is accurate and well executed and comes across beautifully. André is never afraid to step out of the limelight and provide a grounding for vocal improvisation. The track concludes in a sweet and meaningful manner with both musicians creating a neat outro.

From Major To Minor is haunting and captivating. Again, the sense of rubato and the understanding of each other’s direction is noticeable. The penultimate piece sees André switch to electric keyboard to perform Joni Mitchell’s Black Crow. The arrangement combines improvised melodies with rhythmic stabs executed in unison. The album draws to a close with a cover of The Nearness Of You which is carefully controlled in a colla voce style.

With its mix of covers and original compositions, the album offers personal interpretations from a wide array of genres in the jazz and pop worlds. Its lyrical narrations of love, life and longing are soundly placed in the melancholic Nordic style.

"One of the great links between the blues and rock & roll", according to Rolling Stone magazine, John Lee Hooker (1917-2001) was born in...
Read more
Audio Reviews

Pat Metheny: Road To The Sun

Genre-busting music performed by jazz musicians requires listeners to ask themselves if they've been short-changed. There's a lot of it about, encouraging some to...
Read more
Audio Reviews

Hard to pigeonhole, this is always interesting music performed with skill by three musicians hailing from different social and ethnic backgrounds and drawn together...
Read more
Audio Reviews

This collection gathers all the music performed by Parker and Navarro at Birdland. The whole of CD1 and the first track of CD2 feature...
Read more
Audio Reviews

Trumpeter and composer John Daversa is Chair of Studio Music and Jazz at the Frost School of Music, University of Miami. For a number...
Read more
Audio Reviews

If you like this sort of thing (which I do) you’ll love this. Confront Recordings (M. Wastell prop.) celebrates its 25th anniversary this year...
Read more
Audio Reviews

I don't know about you but where I live, last spring's weekly evening communal “thank you” to the NHS was mostly a matter of...
Read more
Audio Reviews

While the capabilities of artificial intelligence and digital technologies continue to develop at pace, the arts is one area where the human touch remains...
Read more
Advertisement

The American Dream suggests that for those ready to work hard, America will deliver success. For Luigi Nistico, a small boy from Naples...
Read more
Audio Reviews

We’ve had to wait eight years since Mick Foster last released an album but if there was ever an appropriate time to bring out...
Read more
Audio Reviews

Whether its Ella Fitzgerald Sings The Rodgers And Hart Song Book or Oscar Peterson Plays Harold Arlen, the idea of a “songbook” was one...
Read more
Audio Reviews

Jackets XL will not come as a surprise to close followers of the Yellowjackets. Frontline member and woodwind specialist Bob Mintzer’s affiliation with the...
Read more
Audio Reviews

“Nightports is based on a simple but unbreakable rule of restriction: only sounds produced by the featured musician can be used. Nothing else. These...
Read more
Audio Reviews

Placed among the best Italian crooners since 2012 by Jazziz magazine, Massimiliano Coclite has made a name for himself on the European scene. He...
Read more
Audio Reviews

Esteemed US pianist and prominent composer Brad Mehldau used his time wisely during the COVID-19 pandemic. At home with his family based in the...
Read more
Audio Reviews

Throughout his 25-year career, Mahanthappa’s sound has been dominated by a wide array of varied influences, stretching from standard bebop to dynamic fusion....
Read more
Audio Reviews

Since the inauguration of the group back in 2012, On Dog have released one album in two volumes prior to Dielectric and have stacked...
Read more
Features

I was eight years old when I first began to play the saxophone and since that time, I always remember my grandfather mentioning somebody...
Read more
Audio Reviews

The Hemiola Trio are a fairly unknown group based in Barcelona with a name simply derived from a rather specific...
Read more
Audio Reviews

Saxophonist and flautist Chip Wickham already has a noteworthy reputation on the British jazz scene, having previously released Shamal Wind in 2018, based upon...
Read more
Audio Reviews

A collection of 15 original compositions, Vena is trumpeter and flugelhornist Rachel Therrien's fifth album. It's is a remarkable creative exercise but also has...
Read more
Audio Reviews

It was back in 1990 when Mark Monts de Oca and Jimmy Rivera assembled a quartet together at the Apple Jazz Club located on...
Read more
Audio Reviews

Born in Morocco, Albare (Albert Dadon) grew up in both Israel and France, some fair distance away from the bossa motherland. He now lives...
Read more
Audio Reviews

Having retired from almost 40 years of performing, Ibrahim Ferrer was shining shoes in 1996 before being approached by Afro-Cuban All Stars’ band leader,...
Read more
Audio Reviews

One of the most impressive groove-based jazz musicians on the German scene today, Matti Klein has performed at some of the most prestigious jazz...
Read more
Audio Reviews

“An instrumentality that connects. The process of bringing ideas or events together in memory or imagination”. This rather poetic statement sits alongside the album...
Read more
Audio Reviews

Planted within the current sound of contemporary Afro-Cuban music, this four-piece ensemble have reunited after six years to deliver their first album together, Cuban...
Read more
Audio Reviews

After recording her debut album in 2017, Life On Land, London-based pianist Joy Ellis has released her second, with the same line-up as the...
Read more
Audio Reviews

Simply titled - but it would catch the eye of any jazz connoisseur. This rich reissue is actually a double-CD compilation of four major...
Read more
Audio Reviews

Following on from their 2014 release Out Of Hand showcasing saxophonist Houston Person, the Peter Hand Big Band are back with yet another mesmerising...
Read more
Live Reviews

This concert was one of several in an all-day celebration at the Southbank Centre to mark the 50th anniversary of ECM Records. The Queen...
Read more
Live Reviews

This performance added a new level of intensity and spiritual meaning to the EFG London Jazz Festival. It drew a wide demographic of jazz enthusiasts...
Read more
Live Reviews

Directed by Matt Roberts, this 13-piece band were back again for another passionate night of music making. Roberts has delved into both jazz and...
Read more
Audio Reviews

This album focuses on NASA’s Apollo 11 project, which flew to the moon and back in the late 1960s; it celebrates the 50th anniversary,...
Read more
Audio Reviews

Marty Bell: The Voice Of Marty Bell / Don Heller: Blame It On My Youth

This double was originally issued as 'Soulmates' by Riverside, with the last four tracks coming from a Bill Harris album made by Fantasy. And...