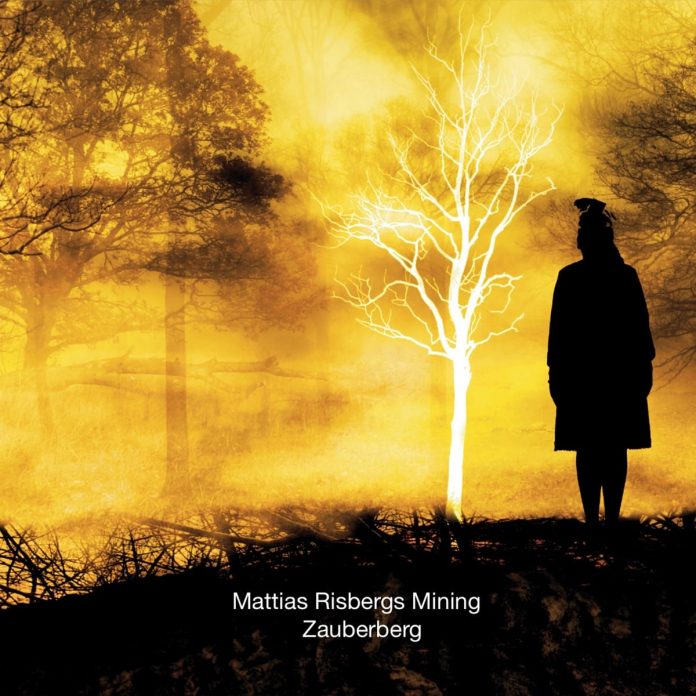 Mattias Risbergs Mining (no pedantic apostrophe needed here), hereafter referred to as Mining, named themselves, appropriately, after their 2018 debut gig in a disused mine in the heart of Bergslagen in Sweden. Zauerberg is the follow-up to the band’s first album Live In Stripa (Kullen Reko, 2018).

Björk-like spoken words from Jennie Abrahamsson introduce the opening title track which suddenly transforms by way of a dramatic vamp with Abrahamsson now delivering vocals with considerable heft, her voice charged with emotion. Here there are distinct comparisons between Mining and the Henry Cow / Slap Happy team-up. Although Abramsson’s range begins around an octave above Dagmar Krause’s the effect is just as profound.

Mining is however more melodic and less angular than the Cow / Happy fraternity. There’s even something Zappa-esque on Shrink which throws in some diverse time signatures and instrumentation gradually resorting to an underlying reggae pulse. Red Ponds sees guitarist David Steckenäs satisfyingly invoking the full metal jacket weightiness of Allan Holdsworth.

Whilst much of Abrahamsson’s delivery is wordless there are some tunes with lyrics such as Rocks ’n’ Stein where she seems to channel the likes of Kate Bush and there’s an accompanying whistled catchy melody acting as a free earworm. But if it’s shock-prog King Crimson-like riffs you crave, try Megaphone for size with just a hint of 60s television theme tunes. Starkly contrasted with that is the mellifluous closer Obstacles with its melancholic phrases and haunting violin from Josefin Runsteen.

We’ve had to wait eight years since Mick Foster last released an album but if there was ever an appropriate time to bring out...

NormaNorma Miller died on 5th May. If you don't know the name, Norma was a star of Whitey's Lindy Hoppers. the astonishing dance group...

Recovering from a 2018 fire that destroyed a hundred instruments, the LA guitarist gives fascinating insights into the studio world, including work with Dave Grusin, Steely Dan and Pink Floyd, as well as dubbing for George Benson

Jazzmen are so unpredictable. Writing on the sleeve of his 1988 Times Like These album. Burton said 'I still don't feel that I'm going...