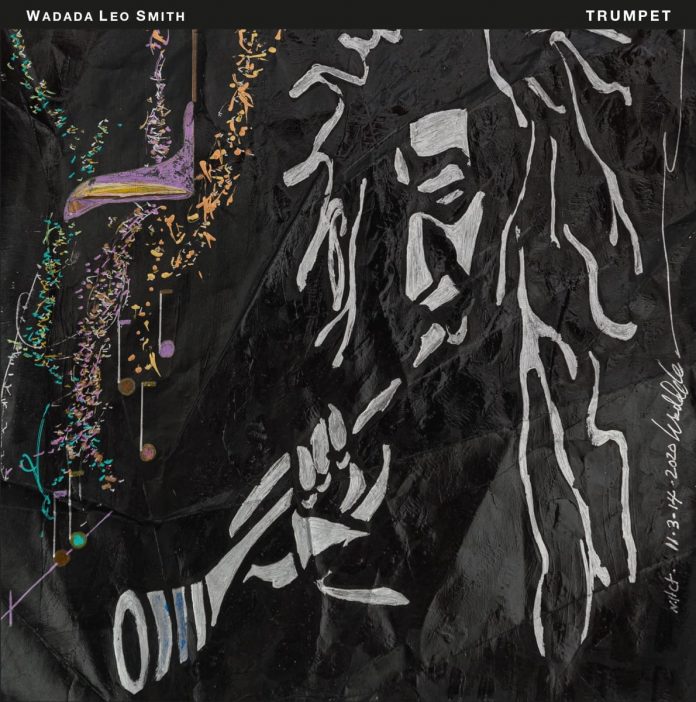 Over the past years, the Finnish Tum Records label has released eight wide-ranging recordings by Smith, including Solo: Reflections And Meditations On Monk from 2015. Here is a veritable cornucopia of more such reflections and meditations, sometimes presented as a suite. The music is dedicated by Smith to individuals, art and spiritual beliefs which have come to mean something special for him.

Recorded in the crystal-clear acoustic offered by the medieval stone building that is St. Mary’s Church in Pohja, on the southern coast of Finland, and released as an elegantly packaged three-CD boxed set, Trumpet is one of a pair of new Smith releases from Tum. The other is Sacred Ceremonies with Bill Laswell and Milfred Graves, also presented as a three-CD boxed set. Tum are planning five more such releases (all but one multiple sets) in celebration of Smith’s 80th birthday this coming December: all in all, an aptly extraordinary enterprise for an extraordinary musician.

Both the title and the instrumentation of the opening solo track of the 1971 Creative Music – Smith’s first date as leader, released on his own Kabell label and subsequently reissued on John Zorn’s Tzadik as part of the four-CD Kabell Years 1971-1979 – suggested something special might be in the air. Nine (9) Stones on a Mountain had Smith playing spacious, rhythmically diverse trumpet, seal horn, recorder, Indian wooden flute, harmonica, autoharp, hand zither and bells.

The blend of such a seemingly Zen-touched “world music” with Smith’s deep roots in jazz and blues – roots amply evident, for example, on the solo Kulture Jazz he cut for ECM in 1992, or in his contributions to drummer Andrew Cyrille’s recent Lebrosa, also on ECM, and featuring Smith’s Turiya: Alice Coltrane / Meditations And Love – has made for some of the most stimulating music of the past 50 years. A combination of free-jazz fire, structural finesse and a rare melodic sensibility has cast fresh light on many an archetypal matter: witness much of Smith’s 1976 Kabell album Song Of Humanity or Spirituals: The Language Of Love from Divine Love, recorded for ECM in 1978.

Trumpet begins with Albert Ayler: Smith enthusiasts will recall that Kulture Jazz included Albert Ayler In A Spiritual Light, which featured both trumpet and harmonica. Here, as throughout these three CDs, trumpet (whether open or muted) reigns alone: as soulful and variegated as it can be crisp and steely, with Smith’s chops outstanding in all registers. Eschewing loops as well as the double or multi-tracking which featured on, respectively, Louis Armstrong Counter-Pointing and The Kemet Omega Reigns (For Billie Holiday) from Kulture Jazz, Smith cuts consistently to the marrow.

The results are in equal measure demanding and rewarding. Repeated hard listening helps one appreciate the diverse depths which feed Smith’s world, to relish his unerring clarity of timbre, line and rhythmic attack, his sensitivity to the interplay of sound and silence. Hear the 19-minute Discourses On The Sufi Path, the rhythmic assurance and sheer sonorous grandeur of which can bring the best of Armstrong to mind.

At a time when all kinds of recorded music are set in degraded service of one absurdity after another – epitomised by TV producers’ seemingly phobic fear of even a nanosecond of silence – the resolute integrity of Smith’s vision remains as vital as it is admirable. Sample the concluding Trumpet for a definitive example of Smith’s complete command of the “wildest” sort of vocalising sound production, or James Baldwin – No Name In The Street and Amina Claudine Myers for some of both the most vibrantly cast and gently singing testifying of the whole release.

Featuring artwork by Smith, an extensive contextual essay on his career to date, beautiful colour photography, and a poem by fellow improviser Oliver Lake, Trumpet also has three poems and extensive notes from Smith, which outline key aspects of each piece. Especially interesting here is the assertion by this most thoughtful musician that “Albert Ayler changed the musical language with creative activity, and not with the dynamics of ‘swing’.” Much to ponder there . . .

Emi Takada: Why Did I Choose You?

Bruce Crowther - 06 December 2019
Born in Sapporo, during her childhood Emi Takada studied music and sang in choirs in Japan and in the late 1990s was also briefly in the Houston Symphony Chorus....