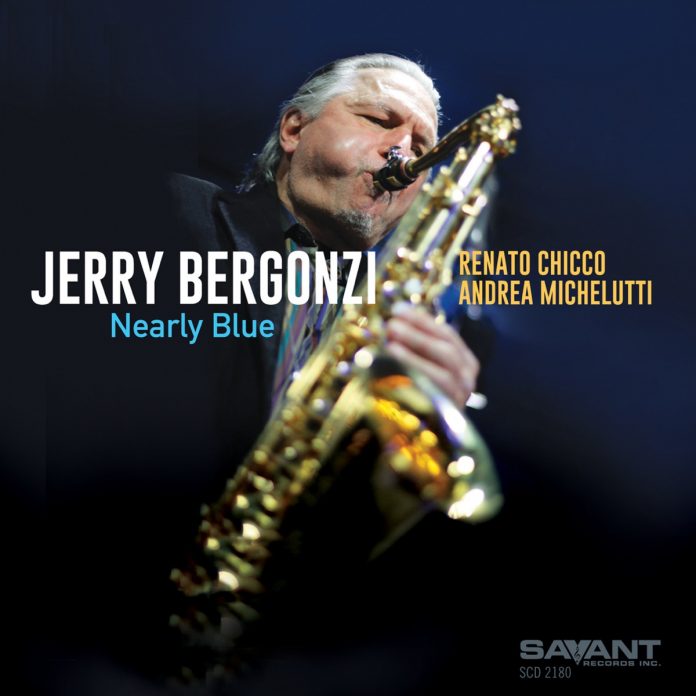 Michael Brecker was once asked what it was like to be the greatest tenor player in the world. “I don’t know”, he was reported to have replied, “why don’t you ask Jerry Bergonzi?”

Boston-based Bergonzi may have been tremendously flattered, or slightly embarrassed, by Michael’s kind words – perhaps a little of both. But there is no disputing that Jerry – a leading jazz educator, and a one-time Dave Brubeck sideman – is one heck of a saxophonist, as these thoroughly engaging tracks with organ and drums backing once again attest.

The programme of standards and a handful of original Bergonzi compositions, recorded in Italy, is beautifully balanced. Opening with It Might As Well Be Spring, he plays around with the theme in only the most subtle ways – conventional playing, certainly, but many listeners like their themes straight down the line.

Organist Renato Chicco takes the first solo (on my review copy there’s a production fault, and the track momentarily skips in this passage), before the saxophonist enters to deliver a solo in typically forthright style, with occasional Coltrane-ish inflections, seamlessly mixing the main theme into his improvising for a long lead-out, ably driven by the drums of Andrea Michelutti.

John Coltrane’s Countdown is taken – unusually – at a leisurely pace, and Bergonzi’s solo is superbly lyrical. There’s much to be said for rethinking jazz standards; I fondly remember hearing a bossa-nova version of Giant Steps by saxophonist Stan Robinson some years ago. Countdown has been charmingly personalised here by Jerry.

The theme of How About You? Is delivered with some very punchy tonguing, and the tenor solo is forthright, while making convincing use of adventurous harmonies. Two original Bergonzi compositions follow in sequence. Tectonic Plates is a triple-time piece, its spacious theme followed by a very fine and intensely passionate solo from the saxophonist, peaking with expertly executed high harmonics. The next original is the title track, an even-quavers modal piece with the theme softly stated with seductive low notes. A long coda, though, has the saxophonist in a wilder mood, fading just as he kicks in with some very effective snarling sounds. It’s a superb track.

Later in the album, there’s another Bergonzi original, a bossa nova titled While You Were Out, the saxophonist’s solo opening spaciously, then getting becoming intense, with multi-note phrases and joyful emotional sparks.

All the remaining tracks are well-established standards. On Green Dolphin Street is taken at an exceptionally brisk tempo, with a marvellously spirited tenor solo – followed by the ballad We’ll Be Together Again, and two gently paced swing tunes, Nice Work If You Can Get It, and Laura, the latter with what is perhaps organist Chicco’s most spirited solo on the disc.

Bergonzi has made many albums, and this is another exceptionally fine addition to his recorded catalogue.

Discography
It Might As Well Be Spring; Countdown; How About You?; Tectonic Plates; Nearly Blue; On Green Dolphin Street; We’ll Be Together Again; While You Were Out; Nice Work If You Can Get It; Laura (64.50)
Bergonzi (ts); Chicco (org) Michelutti (d). Artesuono Studio, Cavelicco, Udine, Italy, 22 March 2019.
Savant SCD 2180

Jazz Journal - 27 February 2021
Many are going to say this isn't jazz, but even they won't fail to be moved by this album. Whatever it isn't, it is distinctive. The general idea has been...