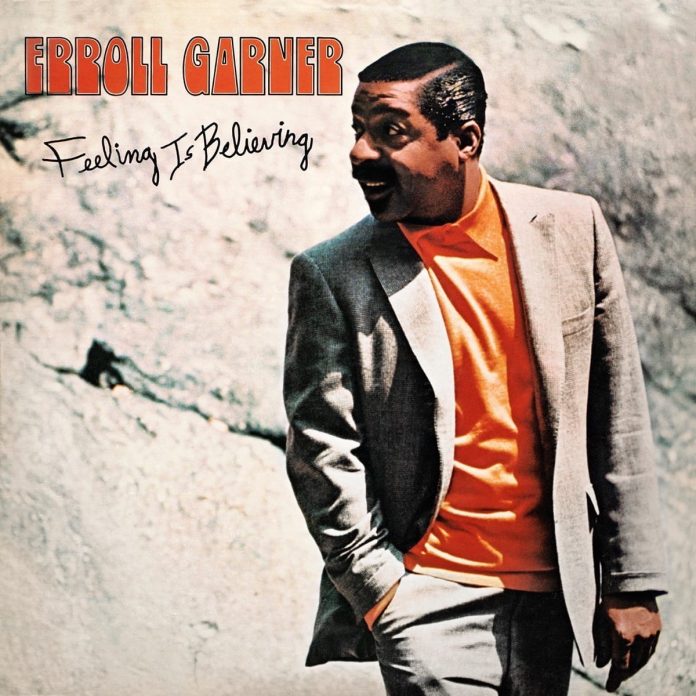 One of Garner’s lesser-known latter-day albums, produced with effusive notes by Martha Glaser, this reissue retains some merits. Firstly, it demonstrates his remarkable ability to inject freshness and originality into such unpromising compositions as For Once In My Life, The Look Of Love, and Strangers In The Night. Secondly, his talents as a composer are displayed in five of the compositions (none of them identified by Glaser), but which certainly include Mood Island, Paisley Eyes and Not So Fast.

Fellow pianist and Garner enthusiast Nat Pierce was present in the studio when the album was recorded, and recalled that in the middle of Mood Island – “a new song he had just put together” – Martha Glaser “shut off the red light and screamed over the mike, ‘Stop, stop’, and he didn’t stop; he kept on playing”. When he had finally finished, she said “You made a mistake and you’re just wasting time.” Erroll retorted calmly “I just wanted to see how it would come out.”

On the evidence presented here, it came out very well indeed. A haunting melody, it has both a romantic and sinuous texture, and displays his famous “dragging hands” technique. In sharp contrast, The Loving Touch lives up to its title, with Garner caressing the keys while maintaining a rock-steady tempo.

The previously unreleased Not So Fast has a mischievous introduction before it segues into a sprightly series of repeated phrases. After an unrecognizable introduction, Strangers In The Night receives a fleet-fingered work out and a stentorian finish. The title track, presumably a Garner original (inexplicably, none of these Octave releases give composer credits), is overly florid and adds little to his vitae. The gently-swinging Paisley Eyes is more satisfactory, but like most of the tracks lasts only just over three minutes. The exception is You Turned Me Around, a mock-solemn rendition of a hit by The Supremes. Erroll gives it a loping and blues-tinged reading. It is the most rewarding track on a rather uneven, unimaginative and short-shrift album.

Bruce Lindsay - 20 May 2020
So where is Al Gold’s Paradise? Based on the evidence from this album, it’s somewhere inside a roadside bar, filled with plenty of beer, a pool table or two,...