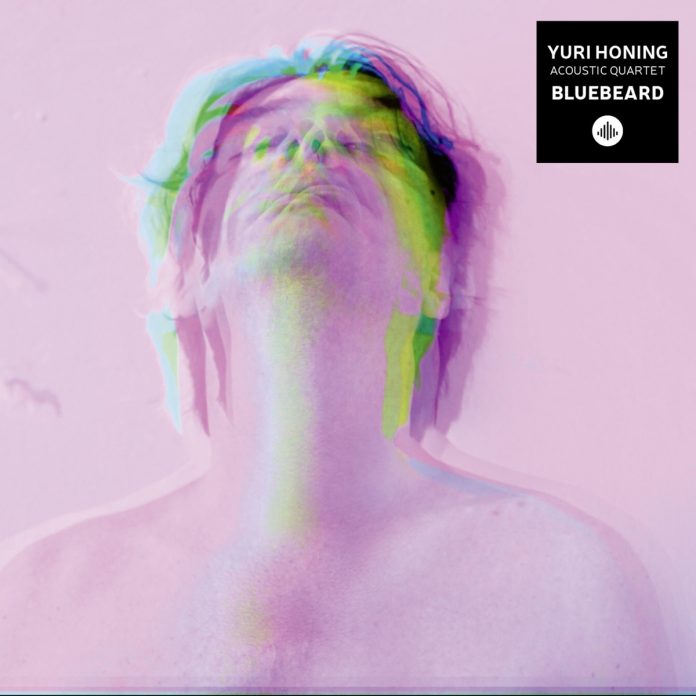 The title of this album hangs on the French legend of Bluebeard, and its subsequent incorporation into Sonnet No.6, a poem by early 20th century poet, feminist and activist Edna Millay; all the tracks have literary connections. Not particularly familiar to British audiences, Honing has played with some eminent musicians, including Paul Bley, Charlie Haden, Craig Taborn, Pat Metheny and Misha Mengelberg.

The opening number sets the mood for what is to follow, a wistful, contemplative composition, given additional atmosphere by Wolfert Brederode’s vibraphone and Honing’s plaintive, fragile horn. Room With A View (Forster, not Noel Coward!) and Narcissus have a similar feel and it’s clear that here we have interpretations of great feeling, warmth and sensitivity, Honing giving a melancholic and breathy beauty to his playing.

Elizabeth Bishop’s 1976 poem One Art is the starting point for The Art Of Losing Isn’t Hard To Master, introduced by Brederode’s minimal piano, droplets of water into a still pool. Gudmundsson’s bass shadows and Lijbaart’s brushes fill in the spaces; heart-rending horn enters. The tempo is upped slightly for Byron’s She Walked in Beauty, Like The Night, Brederode vamping behind Honing, increasing in volume. The pianist creates an ominous feeling of suspense on Bits Of Paradise, inspired by the short stories of Zelda and F.Scott Fitzgerald, then switches to harmonium for Honing’s recitation of Millay’s sonnet – “an empty room, cobwebbed and comfortless” – appropriately Gothic.

A hint of My Funny Valentine ushers in Dylan Thomas’s Do Not Go Gentle Into That Good Night, taken at a quicker tempo than the rest, though at first Honing won’t be rushed – he hangs back slightly, rich of tone. (Inevitably, the Wellins solo on Starless And Bible Black from Tracey’s Under Milk Wood Suite comes to mind – similar in feeling.) Then the momentum is increased, gradually intensifying, bass and drums right there, Honing threatening to break loose, about to forcefully “rage, rage against the dying of the light”.

There are no great surprises in the album, all similar territory – but so what? It’s a walk down forgotten but familiar streets, at times dream-like; a thousand memories tinged with sadness and left suspended. Emotionally charged, a soulful and at times, moving excursion.

Discography
Bluebeard Maze; A Room With A View; Narcissus; The Art Of Losing Isn’t Hard To Master; She Walked In Beauty, Like The Night; Bits Of Paradise; Sonnet No.6 Bluebeard; Do Not Go Gentle Into That Good Night (41.57)
Honing (s, voice); Wolfert Brederode (p, harmonium, vib); Gulli Gudmundsson (b); Joost Lijbaart (d). Hilversum, Netherlands, July 2018, May 2019.
Challenge Records CR73466

A noted composer, Marta Sánchez is from Madrid and her music, although couched in terms of contemporary jazz, occasionally hints at her cultural origins....

Tinnitus, the Times headline shouted, can affect mental health. And this is news? As with so much else in the dead-tree press these days,...

So devastating has been the damage wreaked by Covid-19 and so horrifying the death toll that it seems almost in bad taste to lament...

In this invaluable book Peter Zimmerman presents the results of interviews, mostly recorded within the last 10 years, with 21 musicians born in the...

I'm not sure what Dave Brubeck hopes to gain from his experimentation with time signatures. Is he setting out to blind us with technical...

Yuri Honing Acoustic Quartet: Bluebeard"There are no great surprises in the album, all similar territory – but so what? It’s a walk down forgotten but familiar streets, at times dream-like; a thousand memories tinged with sadness and left suspended. Emotionally charged, a soulful and at times, moving excursion"
Advertisement