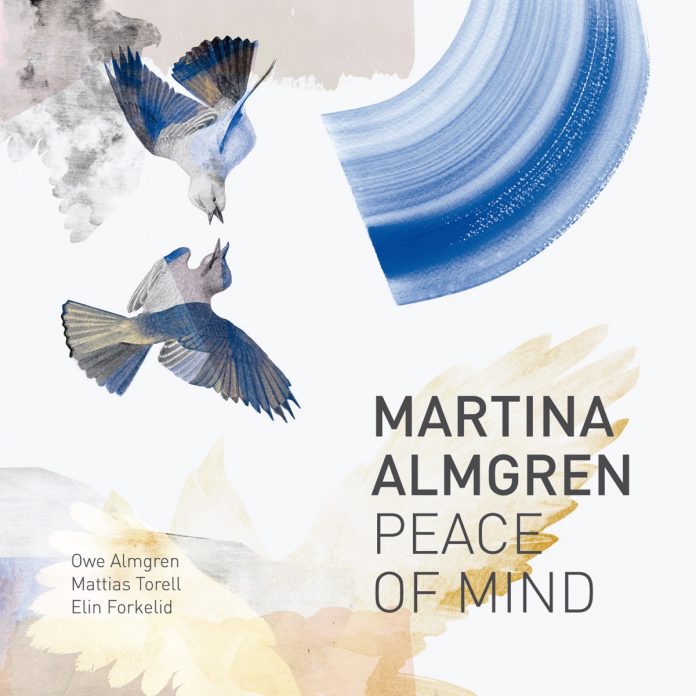 In contrast to her previous album, This Song Of Mine, which saw her working within the tighter, more disciplined area of chamber jazz and the exploration of poems by Tagore, Peace Of Mind celebrates interaction, spontaneity, and finds the quartet putting out some vibrant performances influenced by a range of musical cultures and styles.

The album’s opener, Peace Of Mind, draws on Eastern rhythms with a pulsing, repetitive burst of notes from Elin Forkelid on sax. Fly Eagle is based around a powerful joik (native songs from the Sami people from Sampi in Northern Europe), and Tenderfoot Chant celebrates Native American music, inspired by saxophonist Jim Pepper.

To complete this eclectic, engaging mix of influences, Strax Fore Solnedgangen (Just before sunset) is a composition to the lyrics by Swedish poet Werner Aspenstrom. If that particular performance sounds a little underpowered, then all is forgiven on some of the other tracks, where Mattias Torell and Owe Almgren offer shimmering, atmospheric rock accompaniments to Martina’s compositions.

Clearly a composer and performer at home in a range of settings, Almgren has served up a really engaging second album that grabs and holds attention from start to finish.

Peace Of Mind is available from Martina Almgren’s website  where you can also read about her other projects. The album is also available on Spotify, Amazon and Oh Yeah Records.

Straight-ahead jazz records with the Fender Rhodes as the centre of interest can be counted on the fingers of one...

Dave Pell, who died on 7 May 2017, was a man of many parts – multi-instrumentalist, bandleader, photographer and creative director of Mowest (Tamla-Motown’s...

Over the past 40 years, Tim Armacost has established himself as a well-known improviser on the New York jazz scene. Having had the thrill...

If there is one phrase to sum up the essential character of John Coltrane's music, it is "magnificent unconcern". What appears to be his...

"...a composer and performer at home in a range of settings, Almgren has served up a really engaging second album that grabs and holds attention from start to finish"John AdcockMartina Almgren: Peace Of Mind
Advertisement