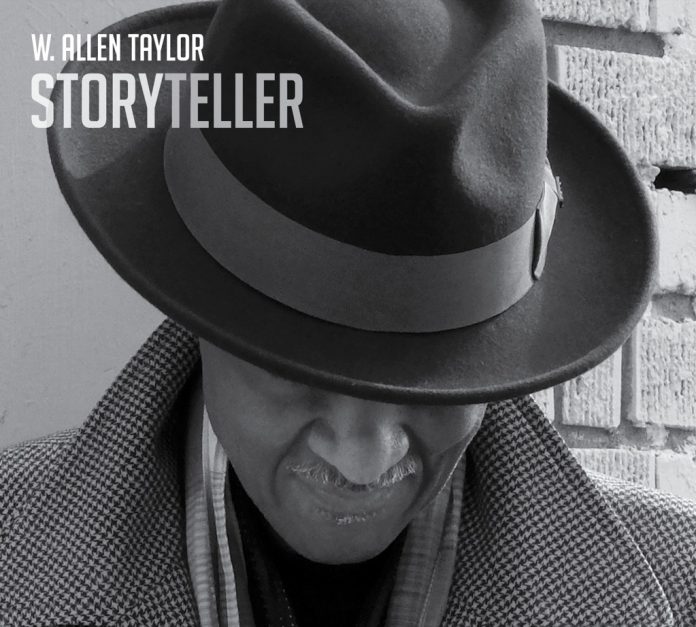 Taylor is a vocalist and actor, based in the Bay Area of San Francisco before moving to Washington D.C. a few years ago, and this, his debut album, shows a good deal of respect for the straightahead modern post-bop tradition in the choice of material.

Accompanied by a relaxed and attentive quartet, his smooth, attractive voice is characterised by good diction, pitch and clarity, even in the quicker tempos and when using scat, and he’s not averse to using flattened notes, in true bebop fashion.

Original arrangements are followed closely, as in the case of So What, where he uses Eddie Jefferson’s lyrics, the rhythm section moving it along fluently before Lionel Lyles’ impressive tenor break. The saxophonist also is featured on Mingus’s tribute to Lester Young, Goodbye Pork Pie Hat, producing a suitably laidback and pure-toned solo and Taylor drawing on the lyrics of Rahsaan Roland Kirk.

Musical director and accomplished pianist Chris Grasso uses his light, melodic touch to good effect throughout, not least on the Bobby Troup composition, You’re Looking At Me, totally in keeping with the feel of the song, and on the Strayhorn/Ellington Day Dream.

In the sleeve notes, Taylor states that as a singer he’s always been fascinated by the stories that he’s inspired to tell (hence the album title), and wanting to pay homage to the artists who created the songs. Throw It Away is a good case in point, where he poignantly delivers the Abbey Lincoln Latin-inflected song with feeling, supported sympathetically by Grasso’s piano and Lyles’ soprano, following closely the vocal line.

The album concludes with an uptempo Night In Tunisia, controlled and directed by a lively rhythm section which manages the changes skilfully, with momentum and drive from James King’s bass and drummer Mark Prince.

“Lost” is hardly convincing since the members of the quintet had been with Miles for almost a year when this 1969 recording was made...

A key figure in the bossa nova explosion of the early 1960s, João Gilberto was often reclusive, rarely gave interviews, and disliked performing in...

Despite Lester Young's deserved place in any listing of jazz greats, he was, for many years, ill served by a lack of biographical coverage....