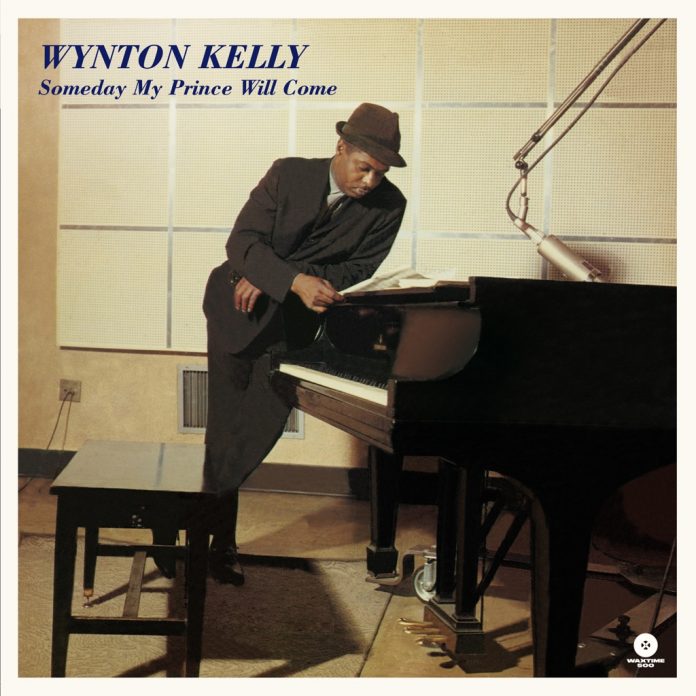 Wynton’s predecessor with the Miles Davis Quintet was first with an extended jazz recording of Someday but not to be outdone, the pianist here goes to town on it with help from Chambers and Cobb.

Kelly was fully engaged with the Miles quintet at this time although a couple of years later he would go out on his own taking the bassist and drummer with him. This session was recorded by Vee Jay Records of Chicago who put out some tasty sessions around this time.

This was one of the first LPs to feature Kelly with both Cobb and Philly Joe together on LP and the three tracks featuring Jones are outstandingly good. Whether he was playing impeccable time with sticks or smooth brushes, providing crackling fills or exchanging four-bar breaks with Kelly, Jones was excellent. His quiet but dead-on-the-beat brush work on Weird Lullaby is superb and just listen to his support behind Kelly and backing up Chambers’ bowed solo during On Stage. This is not to take much away from Chambers and Cobb or Sam Jones and Cobb, as all provide sterling rhythm work.

Kelly at the piano was a master of blues and hard bop and every solo on this LP is a gem. A near-perfect soloist, always inventive, he was also renowned as one of the very best accompanists in jazz.

The ultra-light touch, easy swing and constant invention at all tempi are all in evidence on all these 10 tracks. Gone With The Wind and Char’s Blues are worthy of special mention but really, the entire session is a winner. This is certainly one of the very best piano trio recitals, made at a time when, unlike now, there was an abundance of top bop pianists.

This 180-gram vinyl pressing is, the label informs me, a collector’s edition and strictly limited to 500 copies. Well worth seeking out if you are into top-class hard bop piano.

This Canadian ensemble, with a core of three players from Winnipeg, performs in a thoroughly mainstream manner, led firmly and faultlessly by trumpeter John...

Apart from Beryl Bryden, the banjo is the most unmusical thing in jazz. The Merseysippi Jazz Band was playing at the Sacramento Jazz Festival when...

Younger readers may find this hard to believe, but there was a time when jazz could be heard during general radio programming. Sunday lunchtime...

Two more excellent Swedish albums to jolt the British jazz fraternity out of their feeling of security. Hallberg, of course, has an unimpeachable pedigree....

"The ultra-light touch, easy swing and constant invention at all tempi are all in evidence on all these 10 tracks. This is certainly one of the very best piano trio recitals, made at a time when, unlike now, there was an abundance of top bop pianists"Derek AnsellWynton Kelly: Someday My Prince Will Come
Advertisement