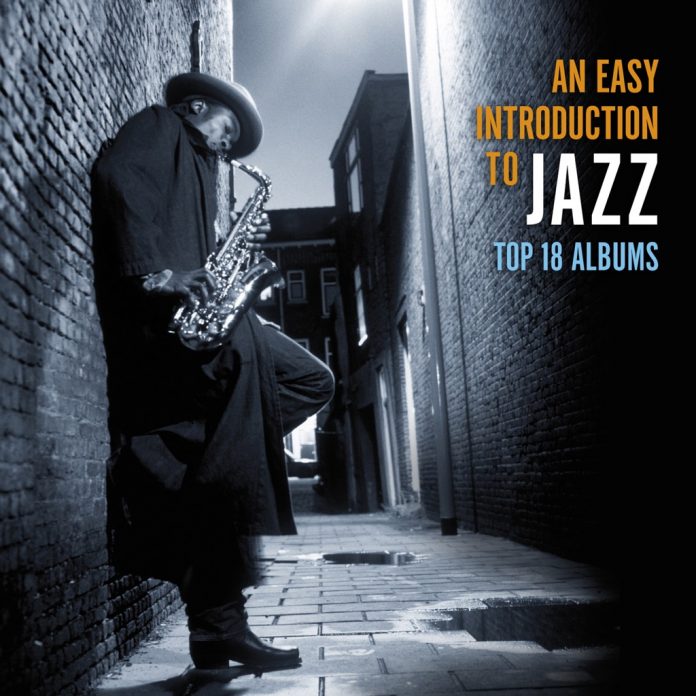 What’s easy about an “easy” introduction to jazz? Does it mean an unimpeded way into the subject or the dismissal of any problems of choice? The facts of jazz history are established and agreed, given new findings and re-evaluations. As with most other histories, there’s also a social background from which emerge battalions of personalities, a lot of them seminal.

But history couldn’t have been a serious consideration in this choice of 18 representative albums, despite that history’s having been tracked by the recording industry from the inception of both. All were laid down between roughly the mid-1950s and the early 1960s, though the earliest is by Thelonious Monk (1952). In discounting the 36 years since the first jazz record, the list therefore excludes the Louis Armstrong Hot Five and Hot Seven, Jelly Roll Morton and the first recorded outfit itself, the Original Dixieland Jazz Band.

Nor is there any Duke Ellington, Benny Goodman or Charlie Parker. Nothing after the 1960s either. So we are missing about 40 years at the start and over 50 after the later cut-off. That’s a lot of jazz. Maybe the set is aimed at newcomers to the subject who may be familiar with what’s being played today and are wondering where it all originated and developed.

While historically significant albums are here – Miles Davis’s Kind Of Blue, Billie Holiday’s Lady Sings The Blues, John Coltrane’s Giant Steps, and Dave Brubeck’s Time Out, the others, sometimes sub-genre, are ones that proved to be popular as well as important. No-one else other than Lady Day is singing the blues. Although Count Basie’s The Atomic Mr Basie sold, it never surpassed its immediate predecessors, and an album such as Ella And Louis by Armstrong and Ella Fitzgerald always seemed designed to bring two widely-known stars together in an act of veneration. The 18 albums are presented on 10 discs. Four of the albums are duo collaborations, three feature singers (including Chet Baker) and the others are by small or small-ish groups. Basie’s 1957 outfit the only large one.

That said, there are no duds here. The 18 were cut at the time when LPs arrived and recorded sound was improving fast. The excellent 20-page introductory booklet, uncredited, includes updated liner notes. For the fans who bought at the time and never acquired the CD versions, this is a super replacement. What’s more, a couple of albums offer bonus tracks, incuding the famous So What take by the Miles Davis group recorded on the Robert Herridge Theatre TV show with a rearranged personnel.

Roger Farbey - 20 June 2022
Surely one of the main influencers in the popularity of jazz guitar was the late Pat Martino, who passed away on 1 November 2021. Martino was highly influenced by...