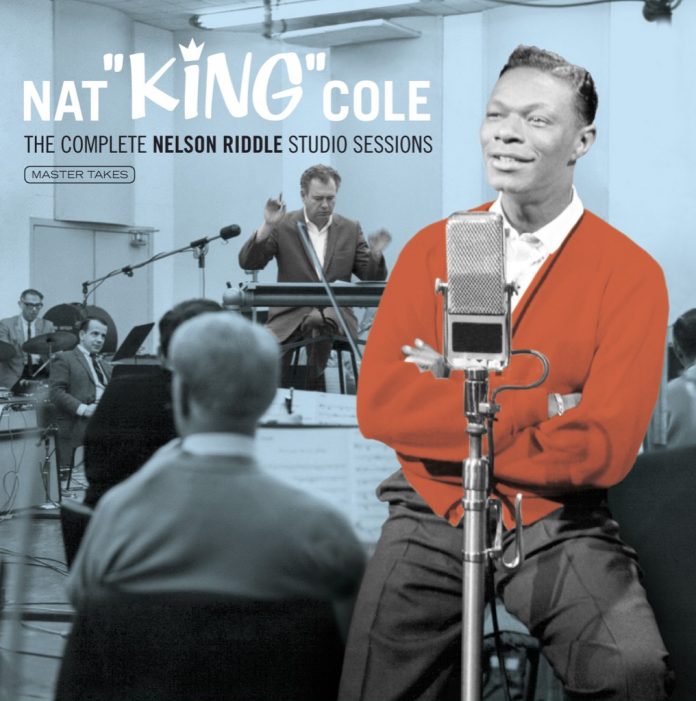 This box contains eight CDs that hold 216 tracks by the consummate pair.

The good things: the Capitol sides seem to be complete (although I’d hate to have to check). In its idiom the music is perfect; Riddle and Cole make the ideal arranging combination. The album is exemplary. The box containing all this is robust and very tasteful and the elegant sleeves are similarly well designed. The 40-page booklet is excellent, easily read, informative and with the text inspired by terrific research (right down to the names of the individuals in the string sections). Harry Edison pops up from time to time. Cole never falters. He’s the ultimate professional singer.

Not so good – the music achieves its target to perfection, bringing the words “glib” and “facile” to mind. In such a huge world of sweeping strings Harry Edison’s “pop-ups” are vanishingly few. The large majority of the tracks have strings on board and most of the songs, lovelorn ballads to the fore, are unknown to me. I’d be happy to keep it that way. Benny Carter, Milt Bernhart, Pete Candoli and Jimmy Rowles are amongst those who tiptoe through without one ever noticing. Willie Smith and Juan Tizol lift their chins briefly.

There is an outpost of us, though. CD4 includes Nat’s album where he played piano (no vocals) with Nelson’s orchestra backing. The piano playing, with fine rhythm section, is energetic and imaginative, despite being conceived with the idea of not being too complex for the general public… It shows us what we lost. Nat’s great success deprived jazz fans of his great keyboard talent. But, irritatingly, the piano album is spliced with run-of-the-mill commercial vocals.

In contradiction, I’m getting a lot of pleasure from careful dipping in to the set. Cole was the master of standard classics, and no one can question Riddle’s skills, well-displayed throughout. But don’t expect Sinatra-Riddle styles, because you certainly won’t get them, and the strings replace any hope of emergent jazz soloists. Somehow Frank and Nelson made one feel that things were happening. By contrast Nat and Nelson make one feel that very little is happening. The stars are awarded for “of its kind”. From a jazz point of view they would have been less.

The albums included are The Piano Style Of Nat ‘King’ Cole, St. Louis Blues, To Whom It May Concern and Wild Is Love. There is an assortment of singles, EPs and unreleased tracks.

I hope Music Milestones could one day apply such perfect production to a similarly gargantuan album of jazz.

Peter Gamble - 22 May 2020
This release is intended as a tribute to Antonio Carlos Jobim and seven of the tunes are attributable to the Brazilian master, with the roster being completed by three...