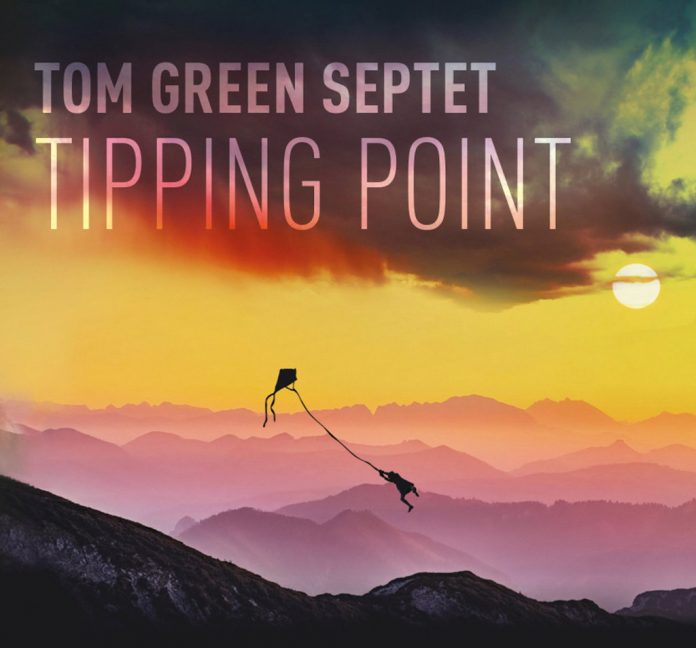 Good to see a young trombone player getting some coverage. Green’s a lively player, a consistently interesting composer and has a strong commitment to rewilding and conservation projects: all of which endears him.

The title track’s a clever realisation of a term that has become ubiquitous in political and environmental circles. We don’t talk so much about catastrophe theory these days, partly because its exponents got tired of explaining that it wasn’t all about avalanches and tsunamis, but the idea of point, whether spatial or temporal, at which things undergo a net change is one readily adapted to music. Green’s Tipping Point is a clever exercise in tonal ambiguity, its main thrust constantly shifting between keys and all-keys, explored in turn by trombone, trumpet and alto solos before reaching a richly, but I sense optimistically, inconclusive ending.

Nothing else on the record quite approaches the richness of that first track, but Champagne, Kaleidoscope and the long, involved Seatoller are impressive compositions, most of them marked with the same ability to hold an idea in suspension for quite long passages. In some hands, this would lead to the equivalent of listening for the other boot to fall, but Green has a natural melodic instinct that means nothing here is simply an exercise in form or in tonal juggling.

All the group members have reputations of their own and it sounds like a genuine collective of equals. But Green’s vision (which includes the Spark! imprint itself, cofounded with J.J. Wheeler) drives it, and very impressively.

Bruce Crowther - 11 October 2019
This is a delightful combination of old and new. The old is heard in the material, several of the songs being classics from a bygone era. Even the two...