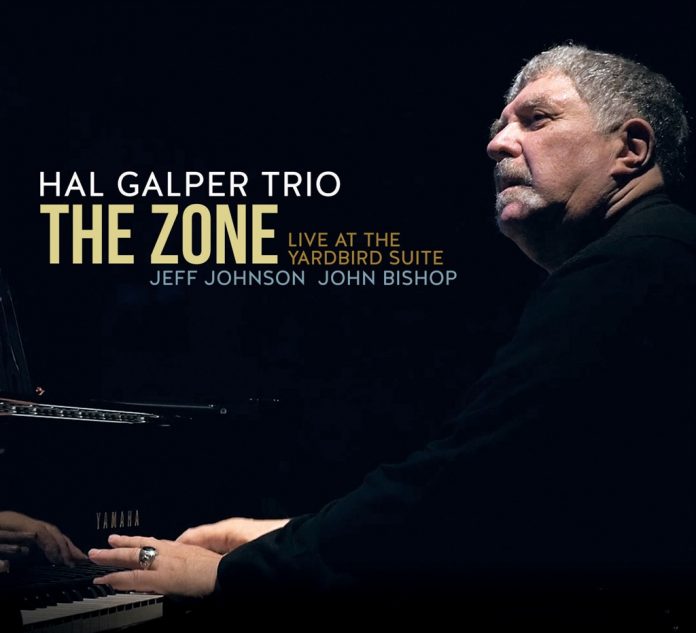 Galper has had a fantastic run on Origin records, and indeed for years before that, but, unless I’m mistaken, rarely turns up on anyone’s list of essential contemporary piano players. This November 2016 live date was made shortly after the Cubist sessions and the group was apparently beat and lagged when they went on. But, as Galper has said before, there is sometimes a shared chemistry that pushes exhausted players into a zone where they play on instinct and experience rather than in any willed way. And that’s certainly what one hears here.

Galper had the familiar (to a writer or musician) experience of not recognising himself when he heard the playback later. This was the equivalent of Bill Evans’s “state of grace” (a troublesome description, but a useful one) and it is Evans who inspires the approach to Israel at the top of the set.

What is immediately evident from that performance is how central (Scott LaFaro central) to this group Jeff Johnson is. He’s the main writer, responsible for Kiwi, the wonderful Cubist, Artist, and Scene West and his soloing and accompaniment are first class. Artist is as exquisitely shaped a ballad as you’ll hear in a long time, and Scene West has a haunting quality, executed over a shuffle beat (Bishop is an intuitive accompanist, vastly underrated) and with a sense of the blues without the actual structure.

They rip through Scufflin’, the only Galper composition and an unashamedly virtuosic line for a piano player and then play out with the delightful Goodnite, Sweetheart, Goodnite. Despite a rather limp mono recording, which has been caressed into issuable form, it’s a superb night in a club, three working artists doing their thing without fuss or fanfare.

Thomas Fletcher - 12 July 2020
It was back in 1990 when Mark Monts de Oca and Jimmy Rivera assembled a quartet together at the Apple Jazz Club located on Calle Loíza in Santurce, Puerto...