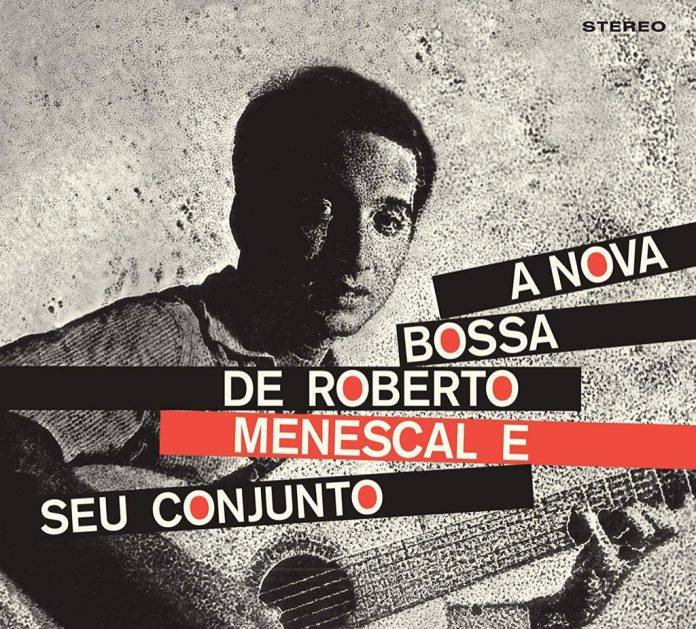 Bossa nova conjures up visions of sun-kissed Rio beaches; of warm evenings dancing in beachside bars; of a girl from Ipanema; of cool, gently-swinging, rhythms; maybe some smooth tenor sax courtesy of Stan Getz. But what might a nova bossa nova sound like? This two-albums-plus package from guitarist Robert Menescal E Seu Conjunto – a combination of A Nova Bossa, Bossa Nova and extra tracks – offers a variety of answers.

Menescal recorded A Nova Bossa and Bossa Nova in 1963-4, with a young band including 15-year-old flautist Henri Ackselrud (a.k.a. Akselrud). According to musician Carlos Lyra, the term “Bossa Nova” had first been coined in 1957, to describe the music of a group that included Menescal, Lyra and singer Sylvia Telles. Six years later, on the evidence of A Nova Bossa, Menescal’s band was playing an uptempo, upbeat, and almost relentlessly cheerful style of bossa nova, with vibes or flute taking the lead on most of the songs. Não Bate Coração is an exception – a slower, slinkier, song – while the opening of Adriana bears a remarkable similarity to the 5/4 theme to Mission Impossible. Overall, this is at the easy-listening end of the bossa-nova spectrum.

Bossa Nova features the same line-up as A Nova Bossa but has a looser feel, with more slow tempo songs and a refreshing prominence afforded to the sound of João Palma’s drums: it also features added brass and strings on a number of tracks. Corcovado and Garôta De Ipanema, two bossa-nova classics, both appear on this album. This is the more enjoyable album, a little less of an easy-listening experience – but still with a few tracks that are reminiscent of interlude music from BBC schools TV of the 1960s, including a soporific version of Corcovado.

Mark Youll - 25 April 2021
Watching a bunch of clips the Smoke label uploaded of Al Foster’s band playing tracks from this album is evidence of just how dynamic a player he’s remained, 57...