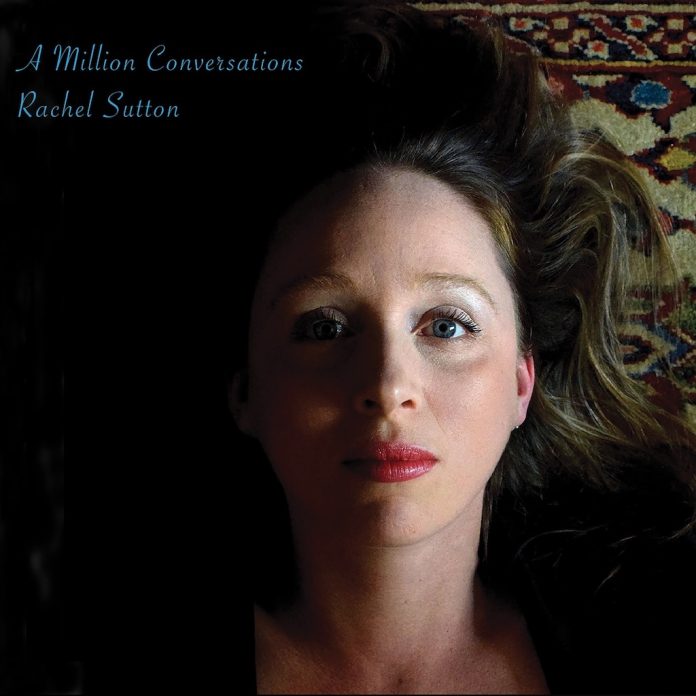 Singer Rachel Sutton’s persona on the songs she’s written with pianist-composer Roland Perrin for this album is that of a regretful lover separated in some form from the object of her affections. The title track is a slight misnomer, for the conversationalists are the singer/narrator and a photograph of the person who’s gone. So, only one speaker really, and one chat, but with an underlying suggestion that she’ll be OK, thanks very much, without appealing to anyone else.

Sutton, a trained actor, is adept at hiding this strength of character behind a vulnerable-sounding tenderness. It may be that the significant other who’s “left this world” has gone for good, or has simply departed the space once shared. Such textual ambivalence – Sutton is the lyricist on these twin-penned numbers – mirrors the feeling that emotional fragility can be overcome. Not least of the evidence lies in her often wide and unforced dynamic range, allowed to stretch here by sympathetic accompaniments.

That the self-reliance works is the message of Pick Myself Up. It’s a gritty hymn to independence, with not a little gloating: “When I go to a party I’ll flash my big blue eyes/I’ll laugh loud and hearty and dance with all the guys” Bet she will. But there’s also the tiniest hint that the singer’s emancipation will depend on how much the other person admits to a feeling of loss. The jaunty instrumental mood is perfect.

Perrin’s piano on the title track, a moving duet, is ideal too. So is the upbeat Latin-American beat that introduces Kiss My Baby Goodbye, complete with its delightful “stop” moments. When the tempo begins to walk, it signals confidence, the line “I’ll sigh and I’ll cry” suggesting that the weeping won’t last long and may incorporate a few crocodile tears.

The mood and the vocal approach changes for Brother Can You Spare A Dime?, not least because it’s delivered by a female. Stuart Brooks’s obbligato trumpet is a nice touch. The performance suggests that Sutton could belt this out even more in live performance – it’s a song in which pride and anger contest – or in a less close recording space. Her laughter at the end of Evil Gal Blues (Leonard Feather/Lionel Hampton) is tongue-in-cheek. Sutton’s is honest, emotionally controlled singing, without mannerism or unnecessary trimmings.

Brian Morton - 26 August 2020
Lars Gullin is not quite the poète maudit of Swedish jazz, but he often seems like its grievous angel. Luck wasn’t his friend and judgement sometimes deserted him. He...