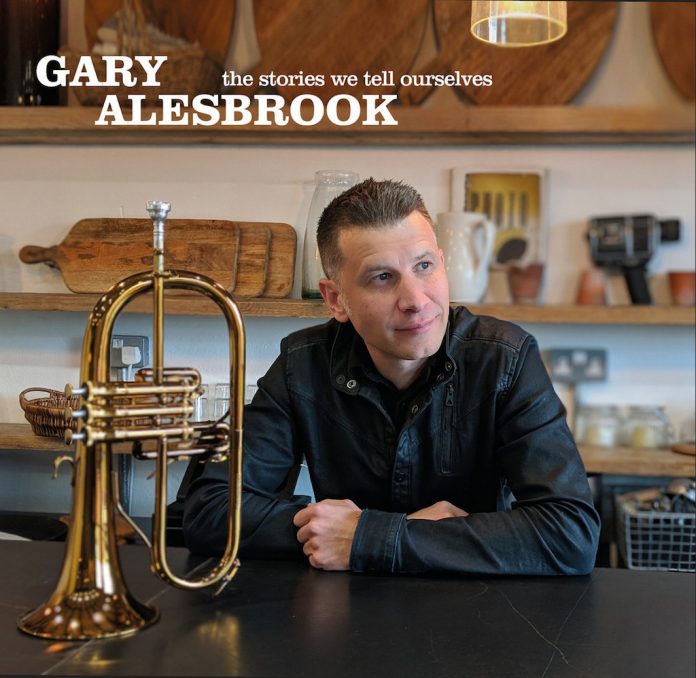 In recent years Gary Alesbrook has been active as a session musician backing diverse artists and recording film and television soundtracks. I first came across him in 2013 playing flugelhorn with the Duval Project at Bristol’s Jazz & Blues Festival. I thought Alesbrook was good then and this album confirms it – in fact he’s very good. He has a sublime tone on both trumpet and flugelhorn.

The album has 11 Alesbrook originals, each with concepts of love and relationships at their core. Five are co-written. They range across several jazz styles with melodic influences from the playing of Clifford Brown, Chet Baker and Clark Terry featuring strongly throughout. Almost half the numbers feature vocals.

The opening track, For Louis, is a tribute to Louis Armstrong. On My Way is a catchy calypso arrangement. The breezy Key Lime Pie has sleek vocals from Elliott Cole and slick bass from Adam King whilst bluesy Going Home features the sensuous singing of Phoebe Jane. The lyrical ballad Anna was written for Alesbrook’s girlfriend. Fiddlesticks is a broiling bop number with superb solo guitar from Matt Hopkins. Precious One has a Motownish feel with vocals from Raul Midón. Fallen Star is a ballad with Alesbrook on soulful flugelhorn warmly complimenting the singing of Phil King. The swinging Just One More Thing recalls Dizzy Gillespie at times and has nifty drumwork with dexterous guitar from Hopkins. My First Love has Victoria Klewin in relaxed vocal duet with Cole and impressive trumpet soloing from Alesbrook. Last Orders is a classic blues with foot-tapping bass, deft drums and hints of Horace Silver on piano.

This is an impressive collection of well-crafted and tuneful originals. Although they’re all newly composed, the songs possess an ageless character that makes you feel you’ve been listening to them all your life, such is the quality of their composition and delivery.

Click here to buy Gary Alesbrook: The Stories We Tell Ourselves

Bruce Crowther - 12 September 2019
Jordi Pujol at Fresh Sound deserves credit for his many services to fans of jazz singing old and new and in particular for the series The Best Voices Time...