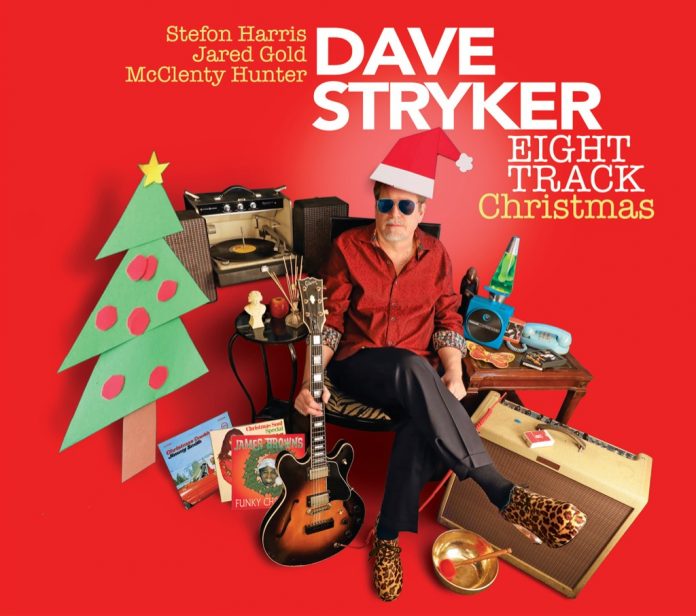 Just in time for December just gone, guitarist Dave Stryker released Eight Track Christmas, an album of 10 covers of both popular and traditional festive songs. Stryker has released dozens of albums over his career, and has had even more features as sideman. This particular album takes its name from his Eight Track series, with the first released in 2014, and the third released earlier this year, to much acclaim.

Opening with Donny Hathaway’s famous festive soul track, This Christmas, Stryker’s quartet proceeds in a light, upbeat fashion. The guitar and vibraphone play the vocal line, backed by soft drumming and organ, before a series of tasteful solos. On the traditional Greensleeves, Stryker takes a more central role, with the atmosphere shifting much further toward jazz.

One highlight is We Three Kings, which is a nicely arranged version, almost unrecognisable beyond the main theme. The same can be said for the sixth track, Christmas Time Is Here, whereas in contrast John Lennon and Yoko Ono’s 1971 Happy Xmas (War Is Over), is a much more direct cover, enjoyable although straightforward.

Eight Track Christmas is a solid album, with a good track listing and completed with excellent musicianship, providing an interesting and skilful take on some classic Christmas music.

Dave Gelly - 01 July 2020
I envy anyone hearing these four albums for the first time. The first, as presented here, is exactly the same in content and running order as a 10-inch Mercury...