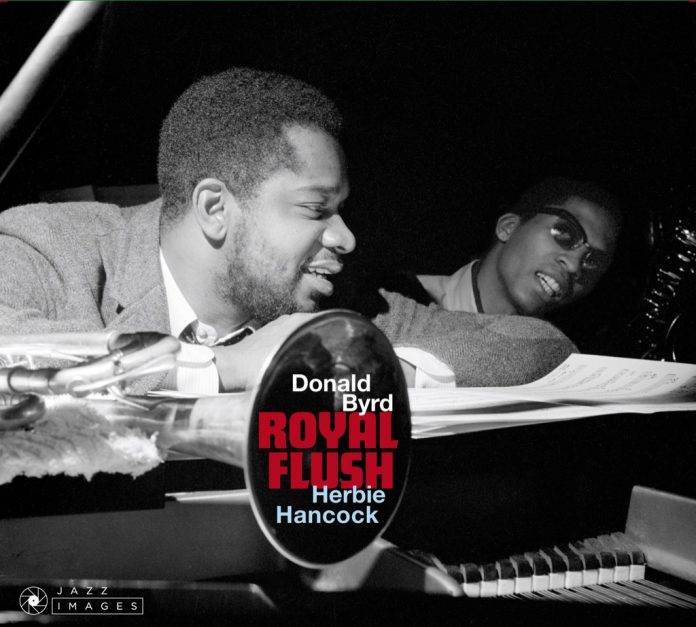 It should strictly be Byrd, Hancock and Pepper Adams, because the gruff baritone man is also featured on all these tracks. Byrd fell from grace somewhat by turning to fusion, but the deserved revival has been belated and partial and he’s now (surely?) not regarded with the respect given to Lee Morgan and other hard-bop trumpeters. It’s hard to say why, because Byrd almost never delivered a dull, let alone a poor, performance.

These are the recordings made during 1961, right before the trumpeter and Hancock recorded Free Form with Wayne Shorter. What you hear on all these cuts is speed of thought, not so much reacting to what is happening round him but anticipating where he can make the next move, place the next phrase and change the direction of the whole. Hancock at this stage largely defers to him. While his accompaniment is impeccable and his own solos always full of interest, one senses that it’s Byrd’s group. Adams tends to breenge (good Scots word) through it all, without much attention to his environment, but his booting sound is integral to the group and one notices how much more ethereal the line up with Shorter was only a short time later.

The two albums packaged together are Royal Flush and Out Of This World, but there’s bonus material from The Cat Walk and a live version of Hush from a St Louis jazz club, which bookends the set rather nicely. Normally these compilations are overloaded with material, however welcome the documentation is, but this one actually passes rather quickly given its duration, and that’s testament to Byrd’s agility and the flow of ideas passing between the two principals.

The rhythm sections are good, too. Higgins is in imperious form on Royal Flush and Cobb is at his stately best on the other main record. Only Philly Joe overplays his hand and makes some of the Cat Walk material sound a bit brash. Great packaging with some wonderful photographs.

Brian Morton - 28 April 2019
This is as much a memorial to Jim Wilke of Seattle’s KING-FM as it is to Cannonball. And we should include Penthouse owner Charlie Puzzo in that. The Adderleys...