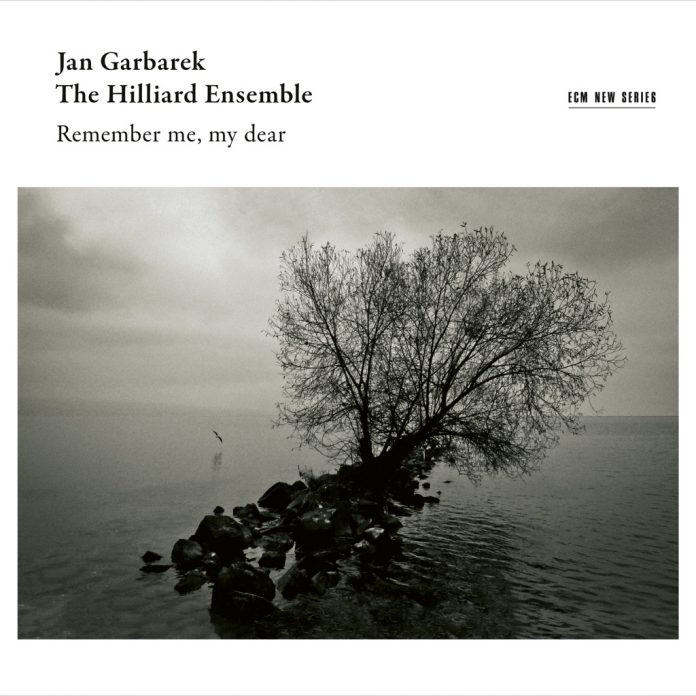 Twenty-five years after the Garbarek/Hilliard debut, Officium, comes their final release Remember Me, My Dear, from their farewell tour in October 2014 – the Hilliards were retiring after a 40-year career. Remember Me reprises compositions from the three preceding albums, plus a new piece, Procurans Odium, a medieval song found at a Bavarian monastery. There are familiar composers, therefore: Pérotin and Hildegard von Bingen, plus Guillaume le Rouge, Antoine Brumel, Komitas – who arranges an Armenian traditional piece – and Arvo Pärt, who contributes Most Holy Mother of God. There are Garbarek compositions – We Are The Stars, based upon Native American poetry, and Allting Finns, a setting of a poem by Pär Lagerkvist – and the title-track is a Scottish ballad. The recording was made at a church in Switzerland’s Ticino canton.

The unique pairing of Norwegian improvising saxophonist and British vocal group was one of ECM producer Manfred Eicher’s most unlikely inspirations – and I’d guess his most commercial. Officium sold a million copies, and the amazing total of a thousand concerts followed. Few labels apart from ECM would release only three sequels to a million-selling album – Mnemosyne (1998), Officium Novum (2009), and the current release.

Not that everyone is impressed, though. A critical – in both senses – colleague comments that “The Hilliards sound terrific, while Garbarek noodles pointlessly. I saw them play in 2009, and it was all I could do not to groan and spoil the hushed ambience… Why they and Eicher have persisted with this unsatisfactory project is a mystery”.

Commercial imperatives might be one explanation. But I’m more agnostic about this religious music, which clearly appeals to an age when religion seems to be in decline. I’m reminded of Edward Lee’s comment about the jazz singer: “…confronted with the problem of reconciling straight versions of sentimental songs and intractable words with the vastly different jazz ethos, [that] any succeeded at all is remarkable”. Confronted with the problem of improvising against medieval vocal music, that this ensemble succeeded at all is remarkable.

Garbarek found medieval music familiar, he said, since it uses modes that also appear in folk music and jazz – but that’s only the beginnings of an explanation. His extraordinary career continues. And for fans of the Hilliards, amazingly they can be heard on 40 ECM titles, performing medieval, Renaissance and modern music.