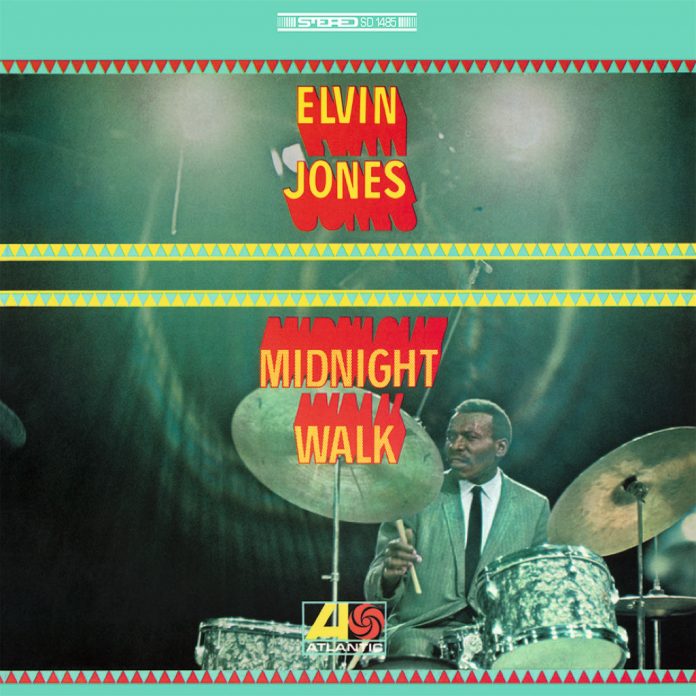 Recorded at about the time Elvin Jones left the Coltrane Quartet in 1964 this group is similar to the type of unit he began touring with frequently, including, of course, visits to Ronnie Scott’s in London. The music bears little or no resemblance to what he was playing with Coltrane but does represent the type of contemporary bop-influenced material that was most likely always his preference.

Working once again with brother Thad must also have been a big bonus and here he is well served both by his sibling and the lively and sympathetic tenor sax of Hank Mobley. Elvin and Hank rarely recorded together but they did play together fairly frequently in the NYC clubs and were very compatible, as heard on this LP.

Midnight Walk gets us off to a good start with a soulful vibe, Thad’s trumpet sounding curt but lyrical and Mobley blowing forcefully during his solo. The main surprise is Dollar Brand, not the sort of piano player usually associated with this sort of mainstream bop unit but his contributions are both provocative and mostly, refreshing. Lycra Too is a funky piece, set up by Steve James, in his only appearance, playing an electric piano introduction deep in bass territory. Thad and Hank again solo effectively and Jones sets up a minor barrage behind them.

Hm On Fm is by Hank and it has solos by all including four-bar exchanges at the end between the horns and Elvin’s high-octane drums. Thad wrote two of the compositions, Hank one and James contributed Lycra Too. All Of Us is a slow, dreamy melody, quite out of step with the rest of the material but it does make a good contrast. The Juggler, by Elvin, closes the programme with some strong, brassy solo work from Thad and Hank on good form as Elvin stokes up the final fires. Brand is more restrained and contemplative in his piano solo but it does key in neatly with the rest of the quintet.

Records like this set the tone and mood for most of Elvin’s leader work in the following decades and this one is truly representative of his final years as a bandleader. Vinyl LP mastered and manufactured by speakerscornerrecords.com.

Brian Payne - 18 January 2020
British pianist and composer Bill Laurance is a regular member of the Brooklyn-based jazz fusion collective, Snarky Puppy. He’s recorded several albums with them and released four of his...