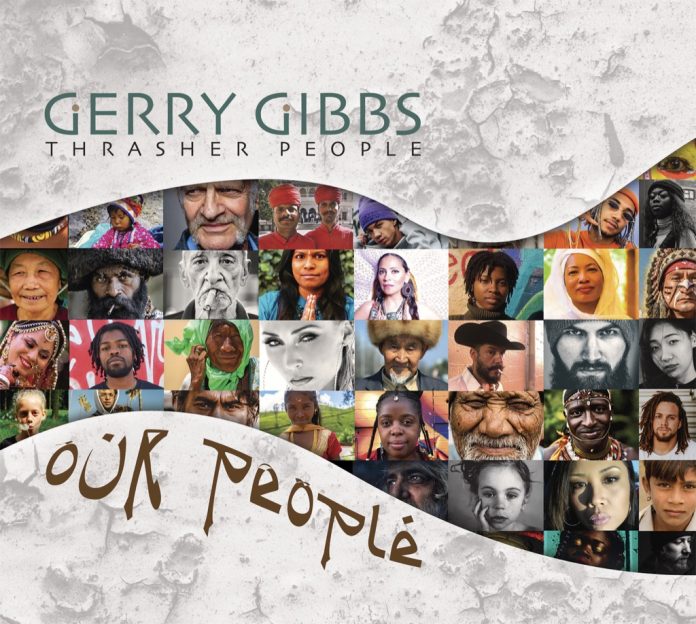 After making music with his Thrasher Dreams Trio, featuring Ron Carter and Kenny Barron, plus guest artists such as Cassandra Wilson and Roy Hargrove, Gibbs felt like a change of direction. Hence the music presented on his latest album, Our People.

Impressively, Gibbs constructed the music in two days – a big work-rate to put together and arrange the 19 tracks that comprise the project. This was then all recorded in his home studio. As the title suggests, Our People celebrates different heritages, ethnicities, cultures, art and experiences from around the world. It’s big sounding, but the deceit of the full orchestral textures is soon exposed. In reality, the layered, slightly 80s sound and production values are the work of five multi-instrumentalists. Lots of technology and overdubbing has been thrown into the mix, giving the music an upbeat and engaging appeal, but in essence it’s more pop than jazz.

Gibbs dedicates some tracks to musically inspirational figures such as Chick Corea, Wayne Shorter and Pharaoh Sanders, whilst Boys Sent To Die is simply dedicated to boys all over the world sent to war. It is certainly heartfelt in the composition and performance of this particular track.

Maybe it is the wide-ranging reach of the compositions and sentiment, or the slightly synthetic way in which the big sound has been created, but it is, perhaps, slightly ironic that an album that seeks to celebrate the rich, diverse nature of our world and the people who populate it ends up sounding all the same.

Norman Johnson: The Art Of Life

Francis Graham-Dixon - 26 April 2019
Releasing a CD with a total running time of just over 25 minutes is a high-risk strategy: the margin for error becomes very narrow. Of the six short tracks,...