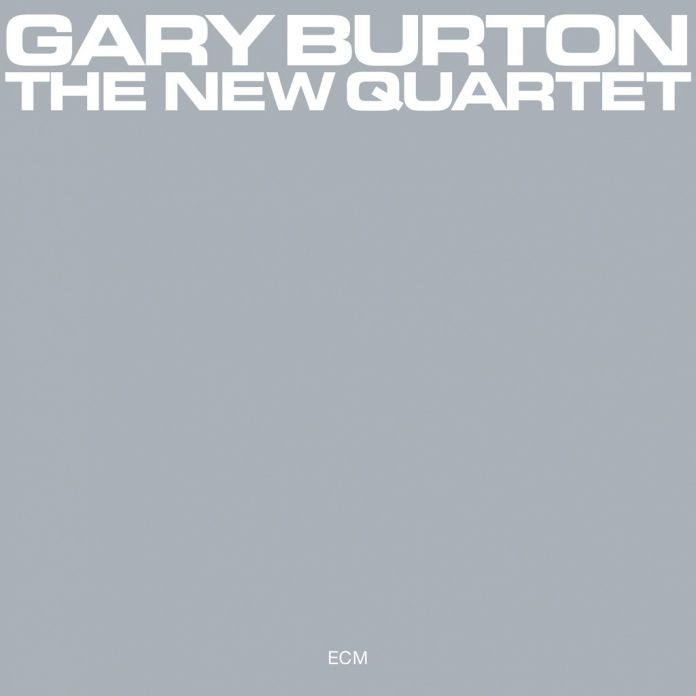 Gary Burton’s 1973 recording is now re-released as one of 50 in ECM’s excellent Touchstones series, serving as a timely reminder of just how important that label remains. The overarching vibe (no pun intended) on The New Quartet is similar to Mike Gibbs’ eponymously titled debut album, but minus the big band. This is largely attributable to Abraham Laboriel’s huge bass guitar sound that’s not unlike that evinced by Jack Bruce on the Gibbs album, especially on the opener, Chick Corea’s Open Your Eyes, You Can Fly.

Laboriel, in common with the other three members of the quartet, was an alumnus of Berklee College of Music. Guitar Player magazine called him “the most widely used session bassist of our time” and he’s ranked at number 42 in Bass Player magazine’s list of “The 100 Greatest Bass Players of All Time”. Glossy magazine hyperbole aside, he really is an extraordinarily good bassist. Further evidence of Laboriel’s talent is displayed with his jaw-dropping solo on Burton’s Brownout and likewise in his frenetic break on Mike Gibbs’ Nonsequence; the handover on this track from bass to Mick Goodrick’s lightning-fast, spiralling embellishments forms a seamless musical relay race.

Goodrick might be the most undervalued and unknown virtuoso guitarist in jazz and, as leader, one of the least recorded. But he’s also regarded by the cognoscenti as the guitarist’s guitarist. Bill Frisell, John Scofield and Mike Stern all figure amongst his former students. So Goodrick’s presence makes for another of this album’s plus points (there aren’t any minuses). His own album In Pas(s)ing (ECM, 1979) is also now reissued in the Touchstone series.

But probably the least known contributor to the album is drummer Harry Blazer, who as a child prodigy was spotted by no less a figure than Max Roach. Blazer’s mother managed to persuade drum tutor Alan Dawson to obtain a place for her son at Berklee where he became Dawson’s youngest ever student. Blazer turned professional at 13 and eventually played with the likes of Johnny Mathis, Diana Ross, Freddie Hubbard and Lee Ritenour. He graduated from Berklee in 1972 and was snapped up by Burton for this record but by 1979 he’d become disenchanted with the music business, embarking instead on a career in the grocery industry where he achieved national success under the trading name of Harry’s Farmers Market, Inc. But Blazer never lost his love of music and in 1995 teamed up again with Laboriel and his old friend keyboardist Ron Feuer to form the trio GEM.

The rock-infused Mallet Man, written by Gordon Beck and originally titled Here Comes The Mallet Man, was dedicated to Burton by the late pianist, who had worked with the vibraphonist at Ronnie Scott’s. On this track there is more energetic bass playing, a masterful drum break and, as everywhere on the album, Burton’s scintillating mallet work that easily marks him out as the greatest and most innovative vibraphonist to date. The two closers provide yet more indication of Burton’s proclivity for Gibbs’ compositions and a scrutiny of his discography reveals Burton as probably the most prolific exponent of Gibbs’ unfailingly heart-warming tunes.