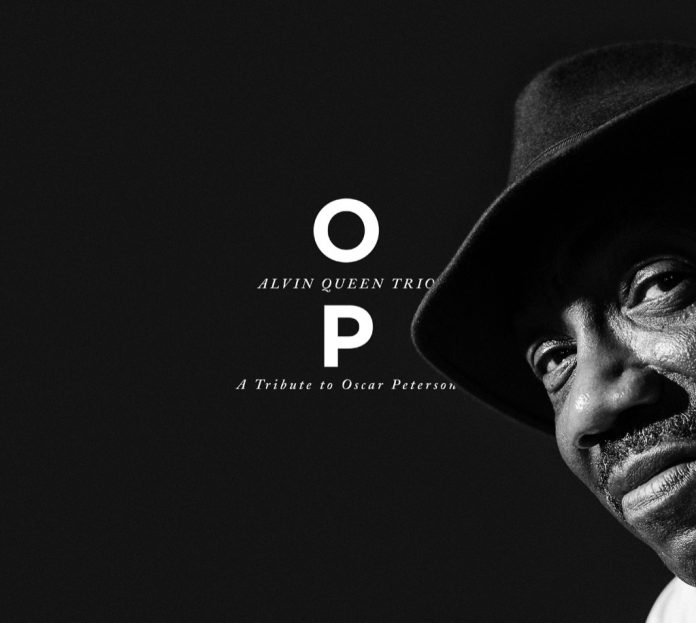 Although he toured and recorded quite extensively in the US in the 1970s and recorded with Lockjaw Davis, George Coleman and Horace Parlan, New Yorker Alvin Queen remains comparatively unknown. In 1979 he moved to Europe and established his own label, Nilva (an anagram of his first name).

A skilled and versatile drummer, he befriended the Peterson family, and appeared on Oscar’s last concert performances, but not (as far as I can ascertain) on any studio recordings. A YouTube clip of a Peterson concert in Montreal (2005), shows him sensitively supporting an obviously stricken Oscar (on You Look Good To Me), together with NHØP and Ulf Wakenius (g).

This “tribute” to OP comes with the blessing of his daughter, Céline, who contributes a fulsome liner note, and Queen’s own thanks to all concerned in its production. With the excellent choices of Danish musicians Zier Romme Larsen and Ida Hvid, the programme includes nine OP compositions, including the rarely (if ever?) heard Jesus Christ Lies Here Tonight, and The Last Supper.

On the opening Sushi, Queen contributes a blistering solo, while on Nightingale, Larsen delivers a delicate performance, with Queen’s sensitive brush support. In fact, all 14 titles are rewarding and innovative. On You Look Good To Me (the longest track), Larsen fashions a Petersonesque solo, followed by a vibrant bass contribution from Hvid. Other highlights include a romping Cakewalk, an exhilarating It Happened In Monterey and a joyous Reunion Blues. The impressive Larsen also has two solo features – Hymn To Freedom and his own composition, Hero.

Queen (now 67) is heard offering vocal compliments to his confrères, but wisely resisted any temptation to dominate the proceedings. One can understand Céline’s comment that “this CD is one that I will cherish for the rest of my life”. Enjoy.

Derek Ansell - 03 February 2019
Shihab composed all the music for this 1971 Copenhagen session with a host of instruments and a strong rhythm section. He appears to be playing soprano on "Ma’Nee", the opening...