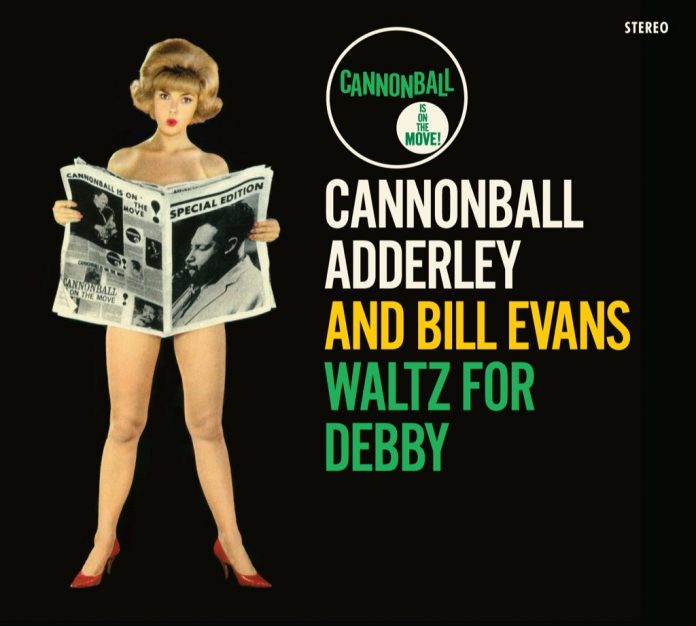 At the time there was a question mark over the pairing of the forthright, blues-orientated Adderley and Evans, known for his reflective, impressionistic approach. Odd, as they had worked very successfully with the Miles Davis sextet two years earlier. These recordings put paid to the doubts. Yes, they had contrasting styles, but this isn’t necessarily a drawback. On the contrary in this case.

Backed by the solid, dependable Connie Kay and Percy Heath, they didn’t have to worry about the framework on which they could develop their ideas. The tracks are consistent in showing the virtuosity of the leaders, Evans alternating between light touch, fragmented playing and an assertiveness, often using block chords behind Adderley’s solos. The altoist shows he’s not a one-trick pony, wrapped up in the gospel-tinged soul jazz prevalent at the time. Tempos are fluid and they seem to exchange ideas and harmonies, bouncing ideas off each other, as shown on the exuberant Clifford Jordan composition, Toy.

Elsa is worth the price of the album on its own for its near perfection, both Evans and Adderley soloing wonderfully. A number that Evans frequently went back to, it had first appeared that year (1961) on Explorations. And topically, given recent interest, played by Evans’ trio on BBC’s Jazz 625 in 1965. Nancy (With the Laughing Face) shows their ballad strength – and it’s not often you get Sgt. Bilko credited on a jazz album. The title track, Know What I Mean, starts as another piece of great feeling and lyricism until its tempo increases and solos are given freedom. The ending then mirrors the start – a supremely balanced arrangement.

On the tracks from Portrait Of Cannonball, trumpeter Blue Mitchell adds a further dimension, and the bass and drums – Sam Jones and Philly Joe Jones – were no strangers to either of the leaders, having recorded as a trio with Evans on Everybody Digs Bill Evans, also recorded in 1958, when the pianist was developing his distinctive use of block chords. The band storms into Gigi Gryce’s Minority with gusto. The only track that has an inkling of Adderley’s soul leaning is Blue Funk, not surprising as composer Sam Jones was at times associated with that school, as was to a certain degree, Blue Mitchell. But Evans’ solo shows he wasn’t averse to using blues phrases either.

Another Evans favourite, Nardis, also stands out. Starting with introductory passage of horns in unison, Evans underlines the melody by playing chords in the background, solidifying the overall effect. Adderley’s solo shows what an expressive player he was. Although Mitchell’s solo wavers slightly, it’s all held together by Evans who then demonstrates the full extent of his virtuosity. Like Elsa, it also appeared on Explorations.

The cover is curious – the original album Know What I Mean showed Adderley with various objects, one of which if you look closely, was a small picture of Evans. This issue replicates an EP design, which I have from years back, which shows the model reading a paper – hmm, what year is it?

If you have followed the music for any time and haven’t got these recordings – shame on you! Get them. If you are a newcomer, you have a great treat in store.

Peter Gamble - 16 September 2021
Drummer Altschul has long been a pioneer at the sharper end of the music performing with such adventurous musicians as Paul Bley, Andrew Hill, Sam Rivers, Billy Bang and...