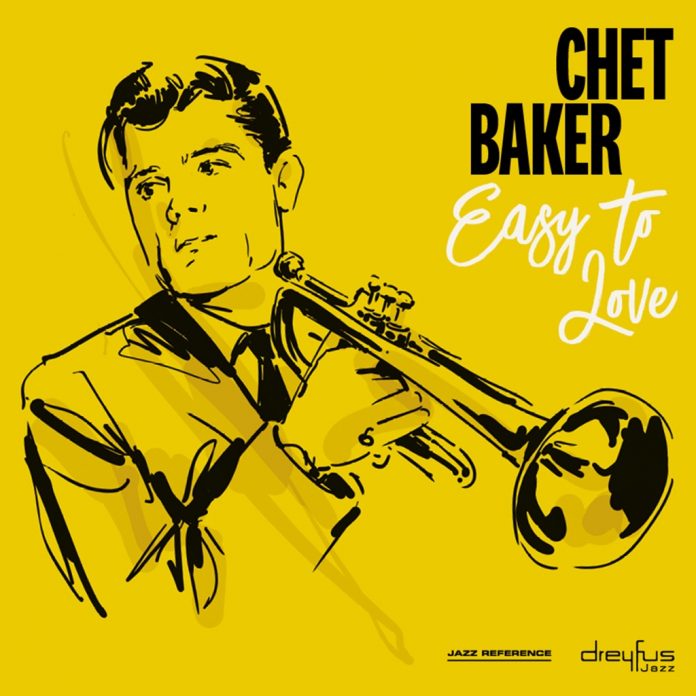 Once more, in the Dreyfus Jazz fashion, a collection of top recordings, but arranged in a bit of a muddle. Put together because they are “the best tracks from this series”, according to the sleeve notes, they are nearly all from Pacific Jazz. Again, it’s a subjective choice by the compiler but one that is hard to argue against.

It’s a good introduction to the talents of Baker and pianist Russ Freeman and both are on top form. The young Baker, having gained valuable experience from his work earlier in the year with Gerry Mulligan and straight after his collaboration with Stan Getz that summer of ’53, plays with great confidence and in Freeman has a perfect foil, pushing the trumpeter without being over-assertive.

There are three ensemble tracks, also Pacific Jazz, and for some strange reason You Don’t Know What Love Is from Chet With Strings (which was issued on Columbia) is included – it would seem because it was from the same month. And just for good measure there’s one vocal number – I Fall In Love Too Easily.

It would perhaps have been more balanced to include a few more quartet tracks. Five-star performances on the quartet tracks, but given the drawbacks, it really only serves a purpose as an introduction to this music.

Leon Nock - 31 July 2021
It's probably true to say that the fans who bought these 78s as they were released and made Connee Boswell a best-selling recording artist are tripping the light fantastic...