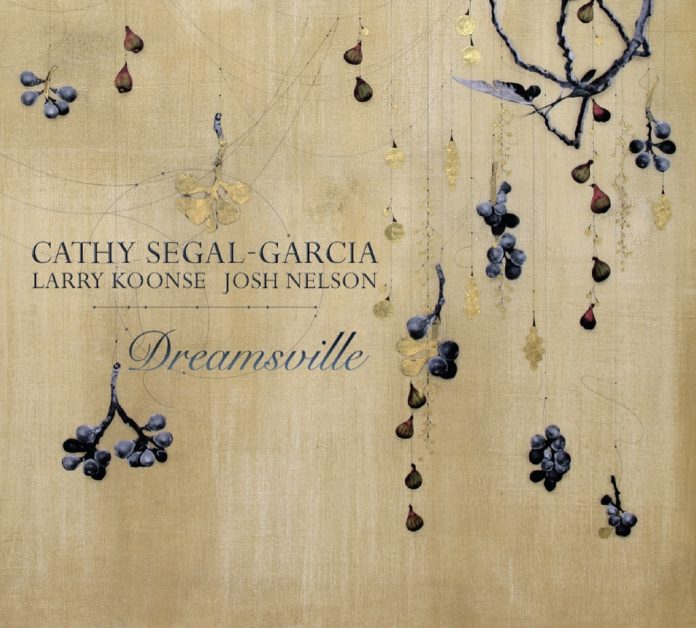 An all-round musician, Cathy Segal-Garcia was born into a musical family and as a young child played flute and guitar. Later, she studied flute, composing and arranging at Berklee College of Music before deciding that the path she wanted to follow was that of jazz singer. Since the 1980s she has been active with small groups and big bands, mainly in and around Los Angeles but also nationally and overseas. Usually singing solo, she is also founder of Alone Together, which comprises four vocalists and a three-piece rhythm section. Additionally, she teaches extensively and is co-founder of the Jazz Vocal Coalition.

Clearly she is an artist of wide-ranging talent, but central to it all is singing. Among the songs Segal-Garcia has selected here are a standard, September In The Rain; originals, her own Beyond The Years and The Three Of Us; jazz pieces, Clare Fischer’s Pensavita and Horace Silver’s Lonely Woman (here with Leonard Feather’s original lyrics, not Silver’s); and a touch of Braziliana, Canto Triste.

The album’s title tune, composed by Henry Mancini for television’s jazz-flavoured Peter Gunn, is not often heard and is here performed with the Ray Evans and Jay Livingston lyrics. There is also a piece from the classical world, the singer wordlessly interacting with her accompanists around the melodic core of a work by Scarlatti.

Segal-Garcia’s sound is full and rich, her phrasing and diction excellent and her approach inventive. For example, September In The Rain is taking at an unusually gentle and reflective pace. Pianist and guitarist are excellent in support and also in their solo moments, but it is the singer’s album and she is a constant delight.

Gordon Jack - 21 February 2020
Art Farmer’s initial reaction to working with Gerry Mulligan’s pianoless quartet was, “It’s like walking down the street with no clothes on”. A quite understandable reaction from an instrumentalist...