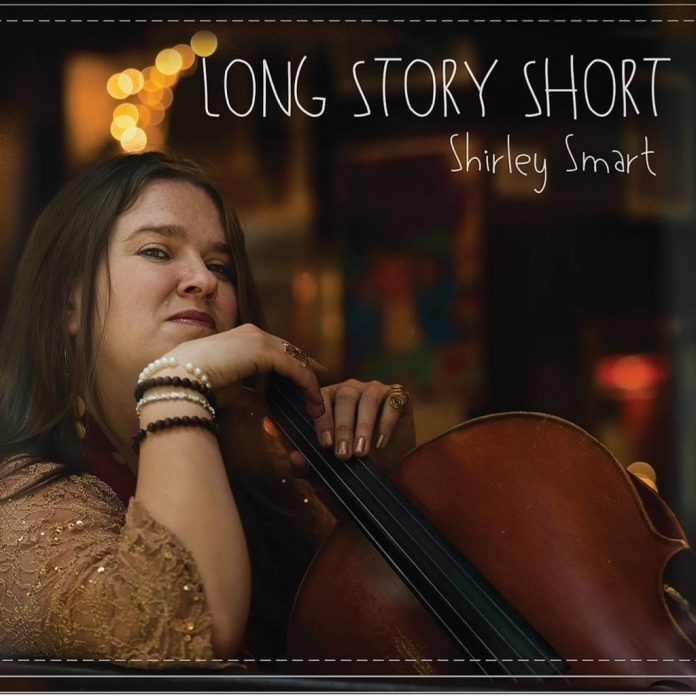 Cellist Shirley Smart has a background that includes an extended period of teaching and playing in the Middle East, so it comes as no surprise that a good percentage of the material found on Long Short Story is influenced by the music of that area as well as North Africa and South America. In the UK, Smart has performed with the likes of Robert Mitchell, Antonio Forcione and Neil Cowley, presenting herself as a musician of great ability on her chosen instrument.

Her arco and pizzicato excursions are equally impressive, matched by the skills of core group members John Crawford and Ben Garcia Sabat. Orphy Robinson pops up on two tunes, as does Nikki Iles, proving to be no slouch on the accordion whilst Nicolas Meier joins the ensemble for four of the selections.

Whatever crossover elements are at work over the 13 tracks, the sounds carry an authentic quality, never entering into “full of Eastern promise” or “down Mexico way” territory, much of this due to the drummer’s flexibility.

In the press release Smart states her desire to “put the cello in the foreground as a front line instrument – something I think is quite refreshing”. It’s an ambition she convincingly fulfils on her debut album as a bandleader.

Bruce Crowther - 09 May 2019
Forming a tribute to Janet Seidel, these previously unreleased tracks were selected by David Seidel from various sessions and unusually include some live dates. The opening track comes from...