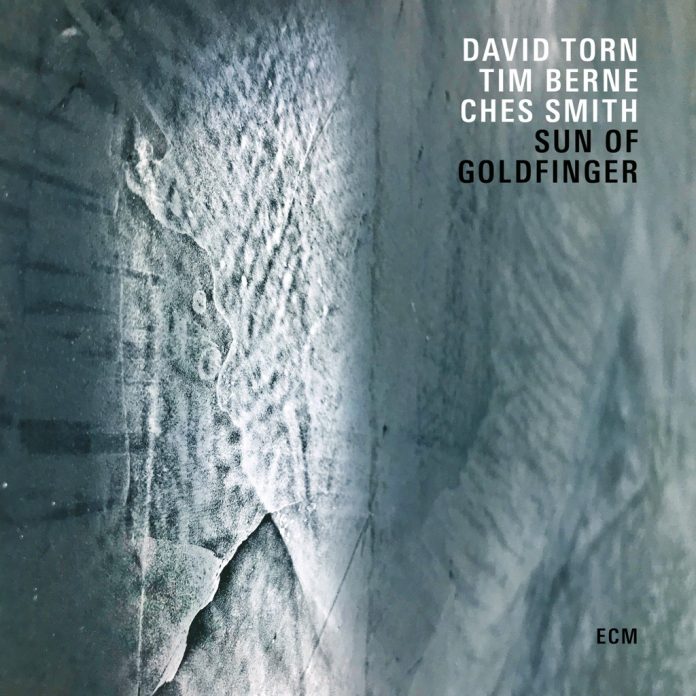 You’re going to need a lot of stamina to get through this album. That’s not an adverse criticism, just a word of warning: these are musicians who may know the meaning of coasting, but they don’t indulge in it, and they are on particularly intense form here. They commit to each piece like adrenalin junkies committing to a parachute jump with only an umbrella. (OK, that’s hyperbole, but it indicates how exciting, sometimes scary, I found this album … and if you think that’s purple you should see some of the other stuff that’s been written about this trio.)

Torn edited Eye Muddle and Soften The Blow down from longer improvisations, and he used the editing and mixing process as what he calls “a gigantic reveal – the goal being to bring to light for the listener, sonically speaking, all that was going on in the studio with the three of us”. For Spartan, he provided written material which the group improvised on, before he again completed the work in the mixing process.

Eye Meddle begins with a circling mélange of sounds, which struck me as a counterpart to those collages of cityscapes or street scenes you often used to see at the start of films. For around five minutes expectation is gradually built up until Berne’s alto moves to the fore as he worries at phrases, then Torn becomes more prominent in the mix. Anticipation of a cathartic climax ratchets up the tension until halfway through the 24-minute track, with the entry of ominous low-end electronics; that tension begins to be discharged in a sequence of fierce, dense ensembles which eventually part to allow wailing guitar and crisp drum-work to be heard more clearly. Finally evolving into a quiet conclusion, it sets up the mood for the reflective opening of Spartan. Low string motifs, at first sounding reassuring, begin to feel slightly ominous as acerbic guitar figures begin to intrude until, after about eight minutes a series of contrasting events create new perspectives, the individual visions of the improvisers on the original material, until another contemplative conclusion.

Soften the Blow follows a similar trajectory to Eye Meddle, but passes through different landscapes, engaging in different events. On the way, soulful alto sax orbits resonant gong-like vibrations, stuttering guitar tussles with swells of percussion until, again, a pitch of intensity and complexity is reached around halfway through before all the detours finally coalesce in a comparatively calm wind-down.

This is music that you need to be totally immersed in, but if you need a taster before signing up to the umbrella-jump there are some representative clips on YouTube.

Fred Grand - 03 November 2019
Big in Japan but yet to really dominate Europe, EBT are one of the better piano-led trios to pick up that heavy baton relinquished by the late Esbjörn Svensson....