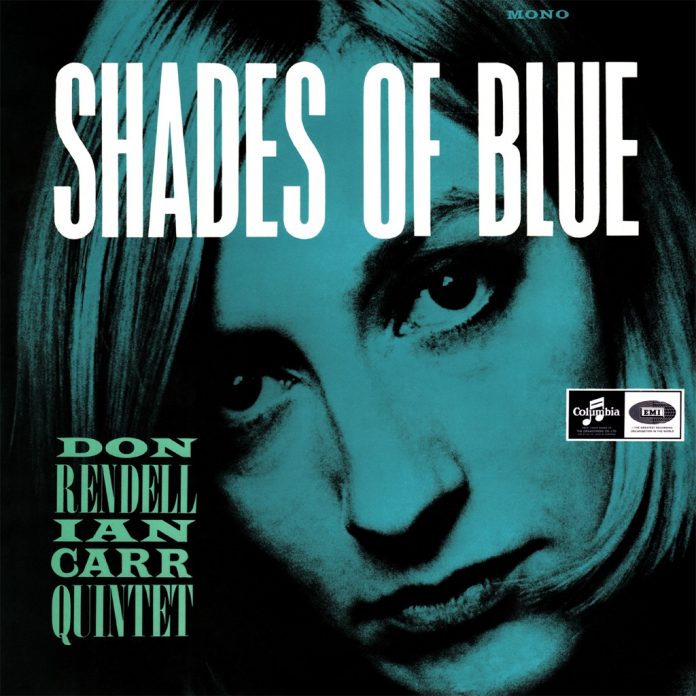 This LP from a 1964 recording is a strong reminder of just how good the Rendell/Carr quintet of the time was. A programme of blues and blues variations, it has many similarities with the Miles Davis classic Kind Of Blue released five years earlier and most likely the original inspiration.

Most impressive is the relaxed but inventive playing of all five musicians blending together ideally on every track. The opening Blue Mosque is a sprightly theme by Colin Purbrook on which Rendell is heard on tenor in his familiar “Lester in bebop mode” approach. And although he and the rest of the band had their strong influences and inspirations, the music on this LP is their own and played throughout in an original manner.

Latin Blue has trumpet and tenor sax blowing freely over a bossa nova rhythm. Just Blue is the most basic of blues lines and the solos are by Colin Purbrook on piano and Rendell, on tenor sax on the left and then switching to warm, clean sounding soprano on the right. He returns to tenor for the conclusion as Ian Carr lays out.

Sailin’, written by Ian’s brother Mike Carr, is a 12-bar blues in 6/8 using altered changes and, in this case, most likely inspired by Oliver Nelson’s Blues And The Abstract Truth issued three years earlier. It is an infectious piece with good, inventive solos from the front liners. The title track was written by Neil Ardley and is a sumptuous slow blues which Rendell and Carr dig into with relish as the rhythm section supplies a floating curtain of support. This one sounds like a first cousin to Blue In Green by Miles and Bill Evans.

With just one uptempo track the music throughout creates a mood of relaxed blues-based bop which is more fresh and original than you might suppose given the rather obvious inspirations.

The LP comes in a replica jacket of the first issue Columbia record and has been mastered for crisp, clean sound at Abbey Road studios.

Simon Adams - 09 June 2022
Released on 15 April, Booth’s 44th birthday – hence the title, a nice nod back to Booth’s Trilateral album released when he was 33, and picked up again in every...