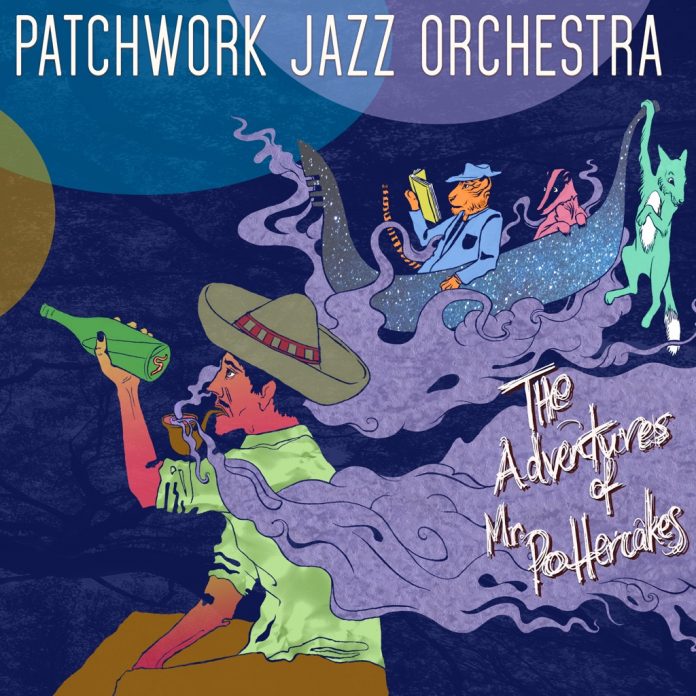 The Patchwork Jazz Orchestra is a London-based millennial big band with no leaders but many composers, its 17 members drawn from the cream of the young UK jazz scene. The band was born from a desire by its members to write and play new music in a regular big band setting. It made its debut in November 2014 at the London Jazz Festival and has since won awards as well as hosting its own Patchwork nights across London.

On this, the orchestra’s debut set, the band delivers everything from full-blooded melodies and sweet tunes to solid slabs of sound, from drum and bass to funeral marches, from fairy-tale ballads to calypso. As trombonist Tom Green explains, all eight tracks on the album have different stories and influences behind them and are the musical vision of seven composers, but all share the same excitement and joy we get out of communal music making.

Well, indeed they do. The title track might be standard big band fare, but Barcarolle stands out for its brass section charts and the solos from flugelhorn player James Copus and tenor man Sam Miles, Badger Cam for its edgy rhythms and a guitar solo from the ever-eloquent Rob Luft, while the pizzicato bass opening to The Boy Roy that suddenly erupts into a slow funeral march is totally unexpected.

It is indeed that unexpected quality that most defines this album, the feeling that you genuinely really don’t know what is going to hit you next. Best of all, to my ears, is The Complete Short Stories, saxophonist Matthew Herd’s eloquent, elegiac tribute to Raymond Carver, whose bittersweet, poignant short stories haunt the track. It’s a coherent composition, aided by strong solos from trombonist Kieran McLeod and the composer himself on soprano sax.

As a debut set, this is a fine start for an exciting big band. There’s obviously more to come, but as with any big band, they are always better heard and experienced live.

Fred Grand - 13 August 2019
The gritty soul jazz of the Timo Lassy Band and DJ-friendly post-bop stylings of his Five Corners Quintet scarcely hint at the directions which the Finnish saxophonist and fellow...