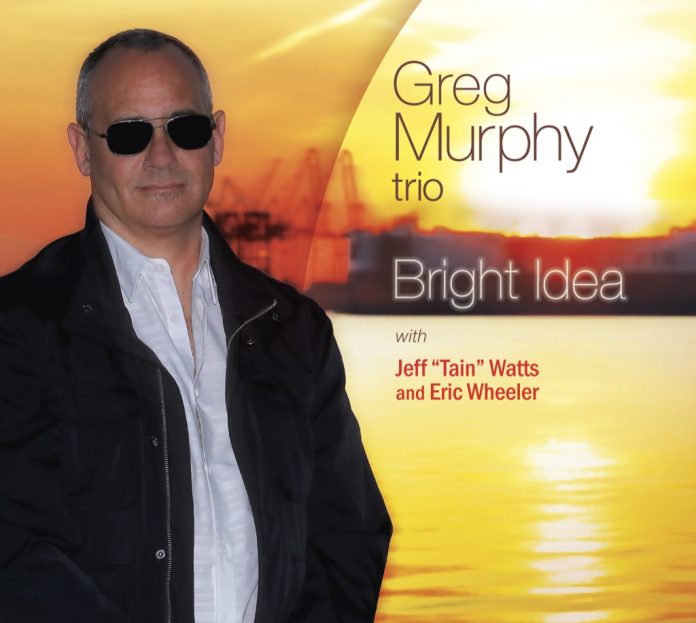 Greg Murphy was Rashied Ali’s preferred pianist for more than 20 years. As well as leading his own trio and other groups, Murphy has worked alongside Archie Shepp, Ornette Coleman, Carlos Santana and Christian McBride amongst others. This album is his fifth as leader. Eight of the 13 tracks are composed by him.

Double bassist Eric Wheeler and drummer Jeff Tain Watts do not operate as background support to the pianist as is the norm in many piano trios. Instead, all three musicians have equal footing and collaborate in an egalitarian capacity.

Wheeler has played with Benny Golson, Pharaoh Sanders and Dee Dee Bridgewater. I saw him perform with Cyrus Chestnut’s trio and Theo Croker’s band two years ago and I was highly impressed.

Jeff Watts was Branford Marsalis’s drummer for 24 years. He’s played with many other artists including Betty Carter, Alice Coltrane, McCoy Tyner and Kenny Garrett. He’s a particularly powerful drummer and on this album you have to get used to his drums being on an equal sound level to the piano.

In jazz, the opening number, Softly, As In A Morning Sunrise, has been recorded by Miles Davis, John Coltrane and Sonny Rollins to name but three. Here, it’s propelled by Murphy, Wheeler and Watts at an unusually fast rate of knots; Happy is a breezy, salsa-type rendition of Pharrell Williams’s pop hit; the title track, Bright Idea, is a fast-moving bop number; Joe Ford’s Earthlings and Murphy’s melodic For My Mom are the more mellow numbers on the CD; Murphy doubles on piano with electric keyboard in Bruno Mars’s 24K Magic; Street Cats is rhythmically complex; Finer Things is somewhat repetitious; Straight No Blues and Moving Violation have notably energetic drum solos from Watts; Well, Of All Things is slow and slightly mesmeric. One of the best tracks is Murphy’s rearrangement of the recently discovered Coltrane composition, Untitled Original 11383. This has excellent and intricate pizzicato soloing from Wheeler and a fire-cracker solo from Watts. Lastly, Juneteenth Notes is Murphy’s tribute to the delayed emancipation of slaves in Texas, who received the news of freedom later than most states, on June 19th.

Murphy’s playing is grandiose throughout. It’s sometimes flowery and his dramatic left hand chordings in several of the tracks can seem a bit samey. But if you overlook this, the album is undoubtedly a highly proficient offering from a trio of highly accomplished musicians.

Matthew Wright - 01 March 2020
Mike Cooper has been around since the 60s, when he was prominent as an acoustic folk/blues guitarist who was associated with members of the jazz world. For some time...