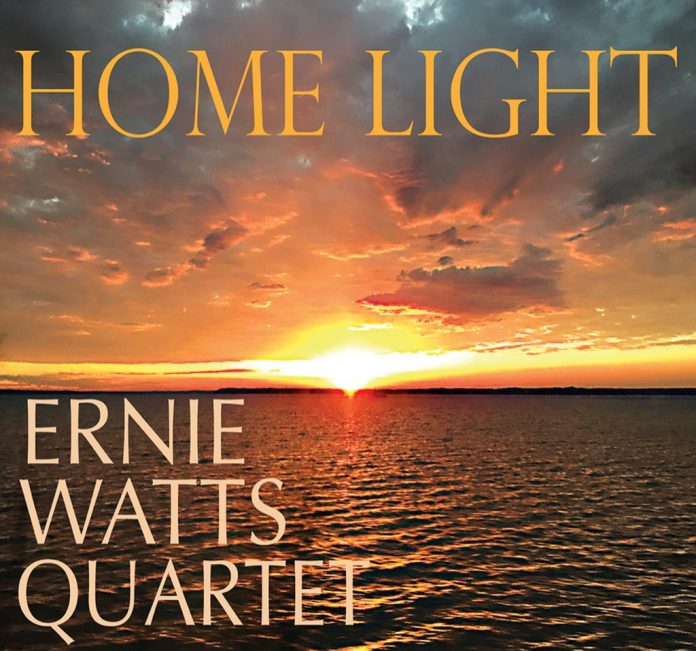 Saxophonist Ernie Watts has an impressive musical pedigree. During the 60s he played and toured with the big bands of Buddy Rich, Gerald Wilson and Oliver Nelson. In the 80s he toured with Pat Metheny and for almost 30 years he was an integral part of Charlie Haden’s Quartet West. He’s recorded 21 albums as leader and features on over 500 recordings by numerous artists such as Cannonball Adderley, Dizzy Gillespie, Thelonious Monk, Carmen McRae, Bobby Hutcherson, Gene Ammons, Donald Byrd, Kenny Burrell, Quincy Jones, Frank Zappa and Kurt Elling.

He assembled his European quartet 19 years ago with Christof Saenger on piano, Rudi Engel bass and Heinrich Koebberling on drums. This is the latest album from these seasoned players and it’s a technically flawless outing in straightahead jazz. All nine tracks are original compositions, six of them by band members. Watts is centre stage on them all soloing mostly on tenor sax but also a little on alto and soprano.

His composition, I Forgot August is a cheerful contrafact of I’ll Remember April. Cafe Central 2am, written by Koebberling, has a catchy refrain and trips lightly in an offbeat fashion. Part of Otmaro Ruiz’s playful Distant Friends has Watts duetting with himself on tenor and soprano and he does the same on Brad Goode’s Joe. The latter was written in remembrance of Joe Henderson. Frequie Flyiers, composed by Watts, has a jumpy, stop-start arrangement and to some extent evokes Ornette Coleman. Horizon, written by both Watts and Saenger, is a pensive ballad. Saenger also composed the soulful Spinning Wheel. O.P was written by Sam Jones in a swinging tribute to Oscar Pettiford and the gospel-like title track,Home Light, composed by Watts with another pianist, Marc Seales, is dedicated to the drummer and percussionist Ndugu Chancler, who died last year.

It goes without saying that Watts has absolutely full command of his instrument and the technical abilities of the band are unimpeachable. The only gripe I have is that all the tracks sound a little similar. This is mainly due to the tenor sax being played constantly throughout the recording in the same high register – it’s difficult even to distinguish Watts’s tenor from his alto. Despite this I’m sure the album will go down well with all the Ernie Watts fans out there.

Derek Ansell - 06 January 2022
According to the liner notes these compositions were constructed from a series of discussions the group had which they later transformed into musical segments. The titles below indicate the...

Jazz Journal - 28 January 2019
Michael Garrick, gifted young composer and pianist with the Carr/Rendell Quintet, is well showcased on this sober, musicianly LP. With the aid of his regular bandmates and the welcome...