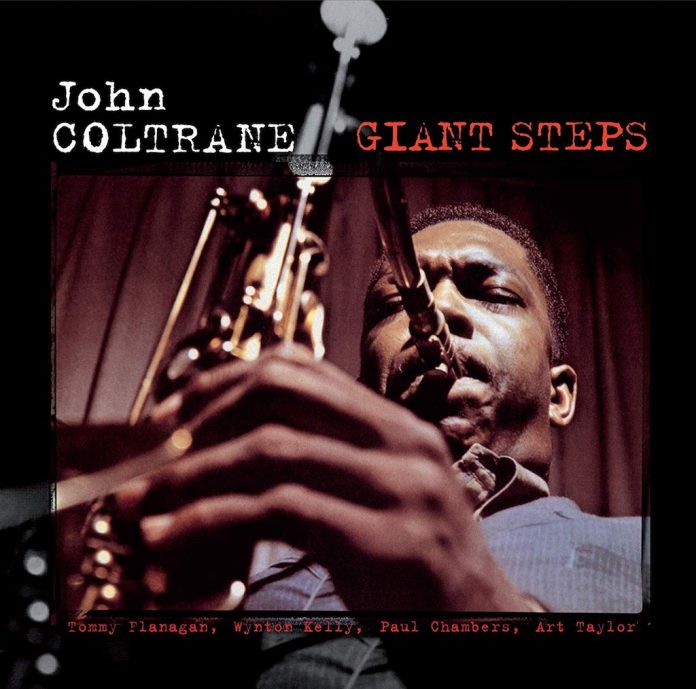 Re-releasing Giant Steps in 2018 might appear as a thinly veiled marketing ploy in the wake of the success of Both Directions at Once: The Lost Album, which received critical acclaim last summer. The limited edition 24-bit remastering here is perhaps just to add allure rather than quality, as in terms of the audio, nothing stands out as particularly better than my own Atlantic CD version.

However, as always, Giant Steps never fails to impress, and is a joy to listen to from start to finish. Between the famous “sheets of sound” on the title track, and the introspective and passionate “Naima”, the album is an incredible example of Coltrane’s mastery of the saxophone, and the pinnacle of his hard-bop compositions.

In addition to the original 1960 Atlantic Records version, tracks 8 to 11 on the CD contain the 1961 Prestige album Settin’ the Pace, which was compiled from unissued recordings released after Coltrane had left the label. While an interesting and engaging album in its own right, its relevance to Giant Steps is questionable. Some of the speed and energy that makes Giant Steps such a captivating album is present, such as on “Little Melonae”, but the pieces lack the free and explosive improvisational approach, and are much more laidback.

In fact, as the personnel notes suggest, Settin’ the Pace has more in common with the 1958 album John Coltrane With the Red Garland Trio, (later renamed Traneing In). For example, tracks 8 and 9, “I See Your Face Before Me” and “If There Is Someone Lovelier Than You”, demonstrate the lighter bebop style and block-chord technique that Garland was known for, which contrasts with Wynton Kelly’s sparse and dynamic improvisation on “Naima”.

Overall, if you already own Giant Steps, there isn’t anything about this release that improves on the original. But if you don’t own a copy, then this is as good as any.

Matthew Wright - 11 January 2021
Duncan Lamont was an underrated but well respected figure on the British jazz scene. I recall first seeing him play around 1972 at a small pub in South London,...