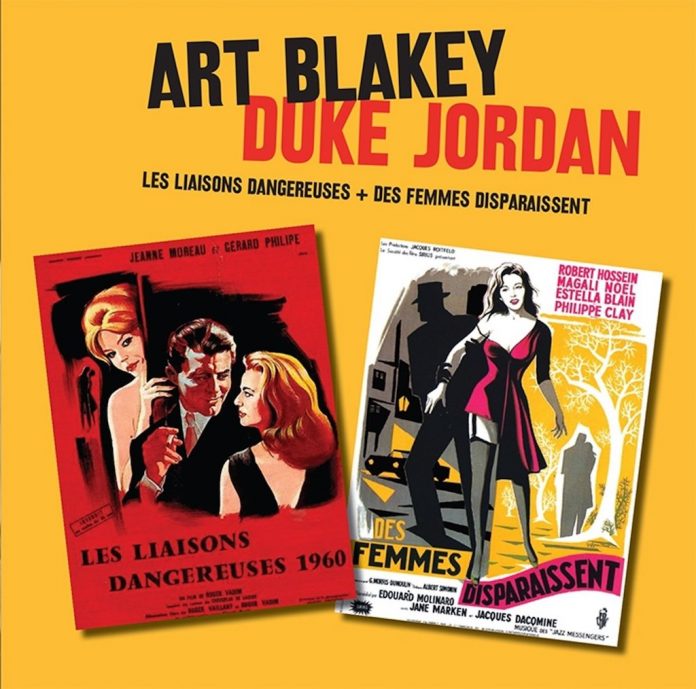 It is worth noting that the film also contained tracks performed by Thelonious Monk, but they were all his own existing compositions. Therefore, Duke Jordan’s compositions are the only original pieces recorded for the film, although he only plays on the third track, “Prelude in Blue”.

Les Liaisons Dangereuses was highly controversial when released, and was denied export out of France as it was “unrepresentative of French film art”. When it was made available internationally, in New York only an edited version was permitted. One would expect that the music to such a risqué film would reflect its dark and dangerous subject matter, but instead there is a great variety. Between the captivating theme of “No Problem #1”, and the upbeat and energetic “Valmontana #1” and “Miguel’s Party”, there is plenty to choose from. There are also two bonus recordings, tracks 11 and 12, which are performances of two of the soundtrack’s pieces by a quintet led by Clark Terry, with Bud Powell on piano.

Included on the second disc is Duke Jordan’s recording with his own quintet of a selection of the pieces from the soundtrack to Les Liaisons Dangereuses. Most notably in this line up are Charlie Rouse and Art Taylor, and it is interesting to hear their different approach to the film’s themes.

Tracks 8-25 are the entire soundtrack to the 1958 film Des Femmes Disparaissent, also composed and performed by Art Blakey and the Jazz Messengers. Duke Jordan is not present in this line up, with Bobby Timmons at the piano throughout. Blakey takes a much more reserved approach to the music in this film, with the entire soundtrack being much slower and expressive in style, and this is particularly noticeable on “Pierre et Beatrice” and “Ne Chuchote Pas”. Tenor saxophonist Benny Golson, who shares the songwriting credit with Blakey on several tracks, replaces Barney Wilen, and provides some excellent improvisation on “Juste Pour Eux Seuls” and “Blues Pour Marcel”.

In its entirety as an album of two film soundtracks, there are lots of repeated themes, interludes, and alternative versions, that do that get in the way somewhat. However, there are also some great moments, as one would expect with such fantastic musicians, and there is plenty of material to enjoy.

Elliot Marlow-Stevens - 12 June 2019
Snarky Puppy’s meteoric rise to international acclaim has been hard to miss. In 2014 they released We Like It Here, with tracks Lingus and What About Me? having subsequently...